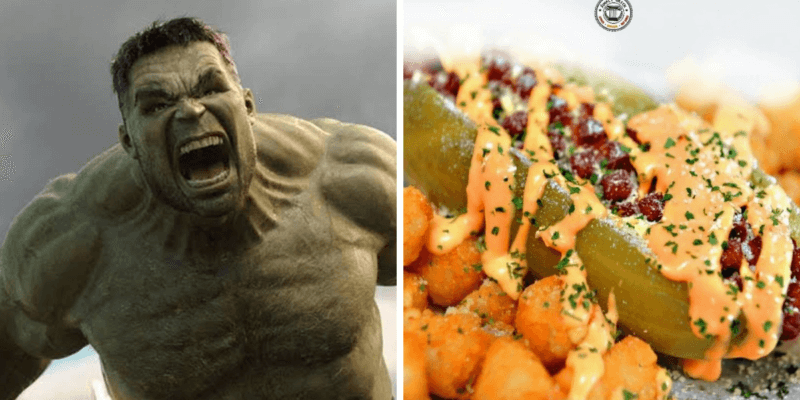 The Avengers is one inspiring group of superheroes. They inspire people from around the world — especially one restaurant in Katy, Texas. Simply Greek has taken their love of the Avengers and used it to directly inspire some delicious offerings that can be found on its menu.

Simply Greek — which has multiple locations throughout the state of Texas — has a pretty extensive menu, and there is sure to be something for everyone. That “everyone” even includes the Marvel lover in your life. There is a large hot dog section on the menu, and each dog is inspired by some of the most famous superheroes to ever exist.

Twitter user iz (@aprettierjesus) was at the restaurant and shared a picture of their extensive hot dog menu and which Avenger each dog represents.

i’ve been in tears for like 10 minutes. I hope this brings you all the joy it’s brought me

i’ve been in tears for like 10 minutes. I hope this brings you all the joy it’s brought me https://t.co/pqY7JNdLa6 pic.twitter.com/hiwa7HQ3uO

As you can see, the restaurant really went all the way when it came to creating these scrumptious hot dogs. They also encompass a lot of the Marvel Universe, covering everyone from Captain America and The Incredible Hulk to some of the Guardians of the Galaxy.

While some hot dogs are ones that you may see elsewhere and don’t seem that off the wall — such as the Iron Man dog, which has mac and cheese, bacon, and crushed Cheetos — others are definitely geared toward the more adventurous eater. For example, the Falcon hot dog comes with caramel popcorn, bacon bits, and barbecue sauce. Quite the combination.

For those looking for an adventure, Simply Greek has locations in Cypress, TX, Katy, TX, Blalock, TX, and Midtown, TX. And if hot dogs aren’t your thing, they have an equally impressive menu of Greek classics and some wild burgers.

Which of these Avengers-inspired hot dogs would you try first? Let us know in the comments!

Comments Off on This Restaurant Serves Avengers-Inspired Hot Dogs!