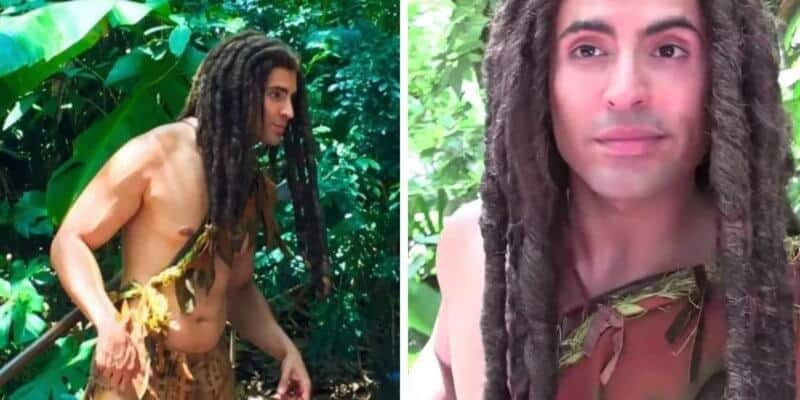 Cast Members at Disney World often create magic for Guests, and sometimes, they go above and beyond to ensure no Disney vacation is ruined.

Writer Chris Mitchell wrote a book titled Cast Member Confidential, where he spoke about his time where he once interviewed a Cast Member at Walt Disney World. Mitchell thought he was in for a story about a professional rollerblader in the parade, but he was really about to witness a hero in action.

In his book, Mitchell recounted a story of what happened during a parade that could have ended in tragedy, but, thanks to the tree-swinging hero Tarzan, the day was saved. Tarzan was heading through Frontierland on his float when the soundtrack of the parade was drowned out by the scream of a woman. Tarzan immediately saw a woman pointing toward the lagoon which separates the park from Tom Sawyer Island, and in the water, the Disney character saw two little hands flailing in the air.

Immediately, Mitchell dove into the water, along with a few others who saw the little boy drowning. As soon as Mitchell had his head bob back up above the water, he noticed that there was loud applause all around him. Looking back, it was none other than Tarzan holding the terrified child in his arms. Mitchell continued to recount the story by noting that Tarzan never broke character throughout the entire rescue. When handing the child to his mother, Tarzan said:

“Keep boy safe. … Tarzan very brave. But everybody can be hero.”

Tarzan then hopped back onto his float and was given a kiss on the cheek by another character who Mitchell describes as Jane. The description of this story reported by Mitchell was truly magical and just goes to show that all Cast Members are always looking out for the best interest of the Guest. Plus, having Tarzan save the day was very in character.

To purchase this book, and read all about the different Cast Member stories, click here.

That being said, Tarzan may not always be around to rescue Guests, so please make sure that both you and the people in your party are not hanging over the rails blocking Guests from the water, and are always looking out to keep each other as safe as possible!

What do you think of this fantastic and magical story? Let us know in the comments below.