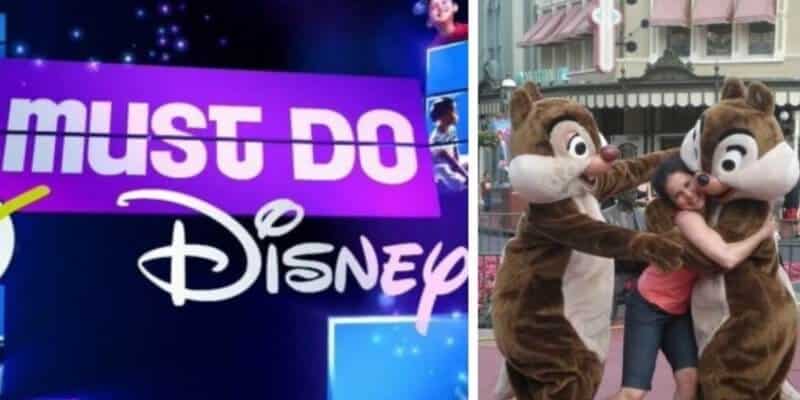 Must Do Disney is a fan-favorite show that follows host, Stacey, around Walt Disney World Resort as she visits all of the theme parks, the two water parks, and Disney Springs to showcase what the “must dos” of Disney World are to Guests staying on property.

Since 2005, Stacey has welcomed Guests into their Disney Resort hotels and helped them plan out what the “must dos” are while vacationing at the Most Magical Place on Earth. She has gotten such a wide fan base since her very first Resort show debuted — Top 7 Must Sees — that many even consider her to be a part of their own family (including myself).

I recently had the chance to sit down with Stacey, and we got to talk all things Disney!

For starters, Stacey and I got to discuss some of her best memories from filming Must Do Disney, in which she had an incredible response. Though she, of course, said she loved riding the rides (which she got to do over and over again because of the filming), there was so much more to Must Do Disney for her.

“Just being in the parks, feeling the energy of the people, and also just feeling the energy of, I mean, you feel a different kind of energy,” Stacey told Inside the Magic. “And I’ve said this before that some days when we filmed it was like five in the morning before the parks were open and the sun was just coming up and there’s nobody in the parks and I remember several times standing in front of the castle and just feeling like this is like once in a lifetime kind of moments, and it’s just quiet, and you can feel just all the magic dust falling around you.”

Stacey continued to explain, “I feel like the times when I was in the park before it was open many times as the sun was coming up or the sun was setting just feeling that calm [atmosphere]. You can hear the little stories in the air of people having a reunion or people getting engaged or people telling someone that they’re pregnant [or] best friends coming together. Just all of the love and all of the community and that never got old for me.”

The Must Do Disney host expressed how grateful she is that a one-year gig turned into 15 years with the company. “So it was over 15 years — My one-year gig that was over 15 years,” she said. “I mean honestly, meeting people like you and just everyone that has been able to connect with me and share with me how much it means and how I’m part of the family vacation.”

At this time, we know that Must Do Disney is not currently airing on Disney World Resort TV, and although we do not know what the future holds or what Disney has planned, Stacey expressed nothing but the utmost respect for the company. She will forever be grateful for how a one-year gig turned into 15 years with the company!

“I have so much gratitude for the opportunity given to me by Disney, treasure the priceless memories, and love all wonderful people, like you, that have watched and supported and made me a part of their happiest times,” she told Inside the Magic.

So, what’s next for Stacey? Well, she is currently working on a lot of voice-over work.

“Every day I get to do voice-over,” she said. “I’m doing a lot of commercials and promos and video games, so it’s cool I get to do a lot of things that I wouldn’t get to do because you can’t see me. And so that’s the beauty of voice over is that you get to play and create stories and characters that I wouldn’t be able to it because of how I look so that’s one thing I love about voice over is that it’s so much about your talent and your creativity and not the visual.”

Stacey also brought up her web show — VO Buzz Weekly — that she co-hosts with Chuck Duran. The two are hoping to get back into production soon. “[VO Buzz Weekly] I love because I feel like it’s putting out habits and behaviors of successful people into the world, and it’s inspiring people to be brave and to try and to go for their dreams, and so I love doing that.”

“I mean I love talking to people and I love hearing their stories about how they overcame challenges and how they stayed on track despite adversity and just how they found their way to being successful. So that I love, and so I’m looking forward to getting back into that hopefully at some point this year,” she said.

Stacey and Chuck also team up for DEMOS THAT ROCK. When speaking of DEMOS THAT ROCK and Chuck, Stacey said, “[He] is one of the most respected and sought-after demo producers and directors and I write all the commercial, promo, trailer, and narration copy that’s personalized for each of our client’s demos that we produce.”

Was Must Do Disney a must-watch for you and your family while on vacation? Let us know in the comments below.