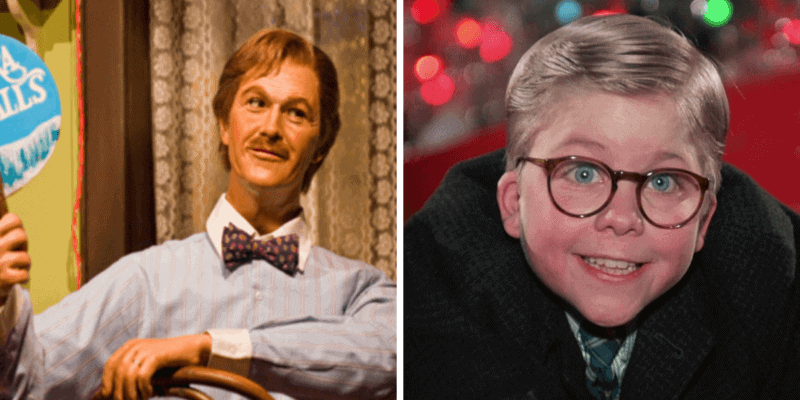 Wait until you hear this… your Disney fan brain might explode or collide with your Christmas movie-loving brains. We were flabbergasted to make this completely obvious connection, and now our ears can’t hear anything else! The same actor that narrated MGM’s A Christmas Story later was hired by Disney to play the father in Carousel of Progress! 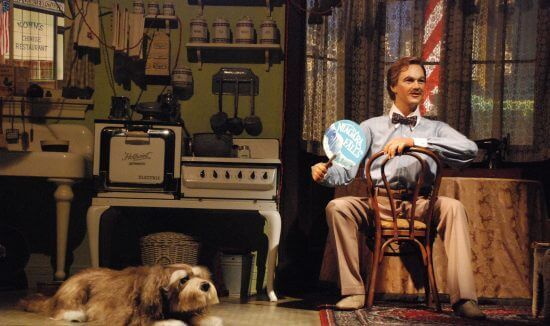 Originally created for the 1964 World’s Fair, the Carousel of Progress tells the story of American life throughout the 20th century. Located in Tomorrowland inside Magic Kingdom, the 20-minute rotating theatre show was an instant classic on January 15th,1975, when it was installed into the park. General Electric was the original sponsor for the attraction, but the sponsorship was removed in 1993/1994 when the refurbishment took place.

During that refurbishment, Walt Disney World’s Carousel of Progress gained an updated end sequence (which is hilariously accurate nowadays) and a new narration. Cast as John, the patriarch of the family, Jean Shepherd originally narrated the classic 1983 MGM feature film Christmas film, A Christmas Story. Famous for his rendition of Ralphie’s inner thoughts Shepherd was 78 years young when he voiced the Father, John, for Disney Parks.

When watching this full Carousel of Progress ride-through, you’ll hear “John” begin narrating as soon as the show starts. John is the patriarch of the family, with this audio recording originating in 1993, the last time the ride was overhauled.

After refreshing your memory with both John’s singing and speaking voice, you’ll want to remember Ralphie’s adult narration. Taken from A Christmas Story, the school day-dream sequence is a great example of Shepherd’s descriptive delivery and full-hearted intention.

Ready to hear John tell you the story of America for yourself?  Try some progress of your own and contact the professionals at Academy Travel. This Diamond-Earmarked and authorized Disney vacation planner has the technology to send you on the trip of a lifetime. Automated service (not really – they are super personable!) won’t overheat your oven and will deliver a vacation for the future! Call them at 609-978-0740 or by clicking here! No matter where you stay, Academy Travel can make sure you have a great big beautiful tomorrow!

Did you know that “Ralphie” Narrated Disney’s Carousel of Progress? Leave us a comment below!