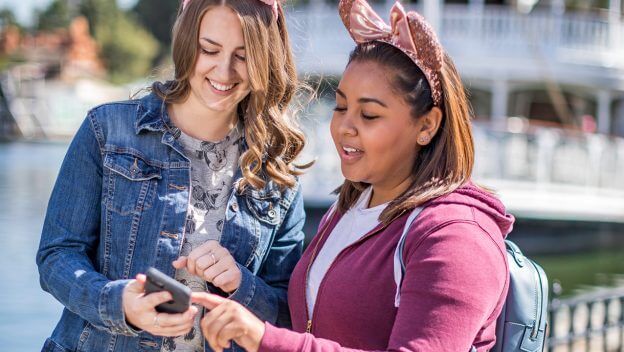 Many theme park enthusiasts have relied on Mobile Ordering at Walt Disney World, Disneyland, and even Universal Studios Resorts, especially during this unprecedented time. It is pretty evident that theme parks have taken a safer approach, with health and safety guidelines in place this last year, and now it seems the Orlando International Airport is also following suit.

Right now, the Orlando International Airport is searching for a tech team to create their own Mobile Ordering service for all travelers who visit the North Terminal. The tech firm will be responsible for developing and upkeeping operations.

According to Orlando Business Journal:

The airport will issue a request for proposals in June for a firm to “develop, install and maintain operation of a mobile order and delivery platform for retail and food and beverage concessionaires” in the North Terminal, said airport documents.

The five-year contract is slated to be awarded in October, and the firm that is awarded the deal will share a minimum of 10% of gross receipts from its operations with the airport. The airport’s available contracts and bids can be found here.

With Philadelphia International Airport and LAX already ahead of the game and providing airport passengers to order food from their phones straight to their gates, Orlando International Airport is prepared to follow suit and ensure this Mobile Ordering happens soon before crowds increase this year.

Guests who are planning to visit the Orlando Airport this summer might see a bigger crowd. Orlando Business Journal’s report continued:

“Hopefully by the end of calendar year, we will see something close to where we were, but it has to be on a sustained basis. We have some ground to make up,” said Phil Brown, CEO of the Greater Orlando Aviation Authority, during a May 19 update to Orange County officials. “I don’t think we will hit 51 million until 2022 or 2023.”

With that being said, we have also noticed that Disneyland in California has been undergoing some long wait times with Mobile Ordering since Disneyland Resort reopened and have reminded Guests to prepare themselves with easy-to-follow tips.

Keep following along with Inside the Magic for more information on when the Orlando International Airport will offer Mobile Ordering to travelers and for more updates on Disney and Universal theme parks.

Would you use the Mobile Order App inside Orlando’s Airport? Let us know in the comments below!

Planning a vacation to Walt Disney World in Orlando soon? Our friends at Academy Travel can help!

Comments Off on Mobile Order Coming to Orlando International Airport!