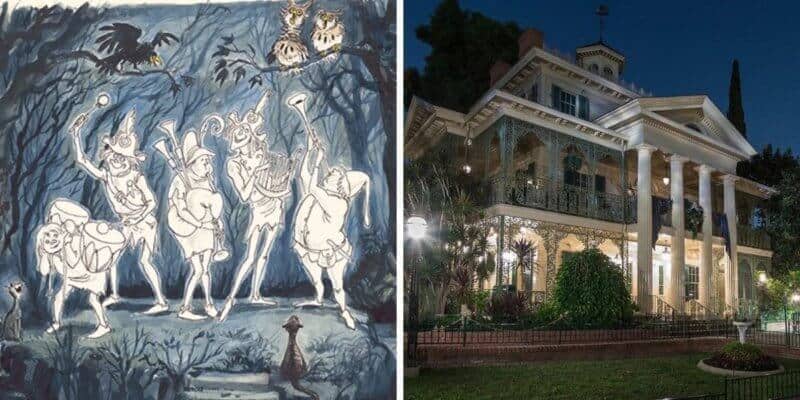 Haunted Mansion is one of the most iconic Disney Parks attractions of all time. The popular dark ride takes Guests through a mansion of haunted characters while riding aboard a Doom Buggy.

But did you know that one Disney Imagineer actually came up with the concept for a water ride version of the Haunted Mansion?

According to a D23 article, Disney Imagineer and Legend Claud Coats once developed a water ride version of Haunted Mansion. The ride would have been based in a Louisiana bayou where Guests would float through the ruins of an old plantation house!

Imagineer and Disney Legend Claude Coats briefly developed a water ride version of The Haunted Mansion in which guests would float through the ruins of an old plantation house partially submerged in a Louisiana bayou.

There was also some concept art from Disney that showcases one of the scenes that would have been part of the boat ride, which you can see below.

Climb in your boat and drift into the flooded mansion, if you dare! Every “body” is getting ready for the picnic, but hopefully those tasty humans won’t be the main course. You’ll float through the bog where dementedly devious creatures are crawling around every corner and even flying through the air! It’s an entire world of extremely colorful and creative beasts, with faces you’ll never forget. At the monster reunion, all the funny furry ones have come out to play. Whether tiny or giant, these monsters are having the time of their lives.

A spirit made of smoke beckons you deeper! But don’t go in the marsh—it’s dark and scary in there! Fiery red eyes watch you from the dark, and you don’t even want to know who’s looking. It’s the wildest picnic party in town!

It may not be a boat ride, but it is certainly a Guest-favorite attraction. Guests can visit the happy haunts at the Haunted Mansion in Disneyland Park in California or at Magic Kingdom at Disney World in Florida.

There is also a Haunted Mansion attraction located in Tokyo Disney, Disneyland Paris (it is called Phantom Manor here), and Hong Kong Disneyland (it is called Mystic Manor at this theme park).

Would you have liked to see a water ride version of Haunted Mansion? Let us know in the comments below.

Do you want to visit a Disney theme park on your next vacation? Start planning today!

Comments Off on A Haunted Mansion-Themed Boat Ride? It Could Have Happened!