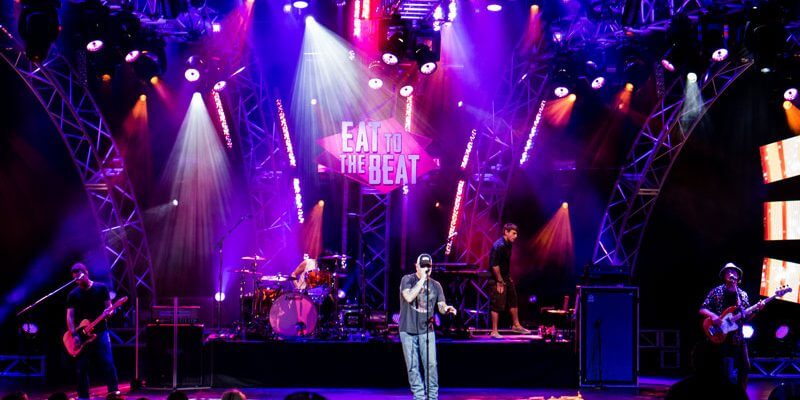 As Disney World has had to navigate the ongoing pandemic, the theme park has undergone many operational changes. One of the biggest was a major reduction in entertainment offerings.

At the moment, there are no nighttime spectaculars (such as Happily Ever After or Fantasmic!) running, and the only major show to return so far has been the Festival of the Lion King at Disney’s Hollywood Studios. At EPCOT, while festivals are running, many Guests are missing seeing some of their favorite performers, from Broadway to bands, serenade them while enjoying snack-size nibbles from pavilions around the world.

During Festival of the Arts, Disney on Broadway typically performs; however, due to COVID-19, that was changed to the Voices of Liberty performing a Disney musical medley. At the moment, EPCOT has the International Flower and Garden Festival underway, where they have brought in cover bands to perform over the weekends. This was a huge step toward bringing back concerts to EPCOT, but the question on everyone’s mind is, “Will the Eat to the Beat concert series return for this year’s International Food & Wine Festival?”

Disney did not share confirmation of the return of the Eat to the Beat concert series in the initial announcement of the Food & Wine Festival returning in 2021. However, it seems that we may soon see celebrity singers return to EPCOT, as three-time Grammy nominee Taylor Dayne hinted at her return! If we take a look at Dayne’s (@therealtaylordayne) latest Instagram post, we can see in a comment, the singer noted her excitement to return to EPCOT this year.

Some postponed tour dates are now playing ????Check my updated tour calendar in bio link ?June 5, July 24, Aug 28 . Thank you fans for the love and the support we miss you ?

Zach (@neon_lights36) — a fan of Dayne and Disney Parks — posted a comment asking the artist if she was coming to Food & Wine at EPCOT this year, and it seems that so far, she plans to!

Are you coming to Food & Wine Festival at Epcot this year?? Please say yes Taylor!!

To which Dayne replied:

Inside the Magic spoke with Zach, and this is what he has to say about the possible return of Eat to the Beat:

I can’t right now…not only does Eat To The Beat seem to be on for this year, but TAYLOR DAYNE IS RETURNING. I can’t wait for her to tell it to my heart???

At the moment, Disney has not confirmed that Eat to the Beat will return and has not noted what performers they have invited if it were to return. However, from this interaction, we can see that Disney has clearly reached out to Taylor Dayne, as the singer is under the impression that she will be returning for Food and Wine Festival this year!

We will await Disney’s official announcement before getting too excited about the concert series returning to the park, but so far, it seems that we may have some good news coming our way shortly. EPCOT’s Food & Wine Festival will begin on July 15, so we hope to receive more information on the festival in the near future.

Do you think that Eat to the Beat will return this year as restrictions continue to be lifted at the Florida Disney Parks? Who do you hope to see perform?