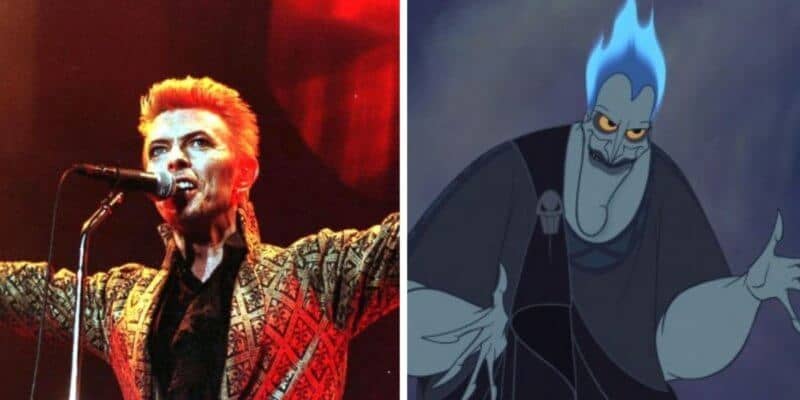 Playing a Disney character in any film is often a goal for many actors, but if you had to choose, would you want to play the hero or the villain?

Sure, playing a hero makes you the star. Still, if we think about all of the iconic Disney villains like Ursula, Gaston, Maleficent, and more, their roles are always devious and cynical — which would probably be very fun to play! More times than not, when we see a new Disney animated film come out, the voices of the characters are very recognizable as many big celebrities audition for the chance to be a Disney character.

From Mandy Moore playing Rapunzel to Idina Menzel playing Elsa, having celebrities in a Disney film is almost expected. While some of the older animated classics still had iconic actors playing roles, such as James Earl Jones playing Mufasa in The Lion King, not every voice actor was an A-list Hollywood celebrity.

When it comes to Hercules, the excellent James Woods voiced villain Hades, but at one point, another legend was being considered for the role. It has been reported that singer-songwriter David Bowie was once in talks to play Hades in Disney’s Hercules.

Considering Bowie’s vocal talents and star power, it is not too much of a surprise to hear that Disney was considering him to play a major role in their film. Plus, with a soundtrack composed by Alan Menken, what artist wouldn’t want to be involved?

If Bowie played Hades, the role surely would have been very different from what we can see in the film today, as Bowie was an especially dramatic character. It is likely he would have added that element and flair into his character work.

Bowie may not have had the chance to play Hades; however, now that the Disney renaissance era film is coming back in a live-action form, the search for a new Hades is on. For now, all we know is that Shang-Chi and the Ten Rings (2021) writer Dave Callaham attached to write the script. Marvel Studios Avengers: Endgame (2019) directors the Russo Brothers are producing, but no one else in the cast or creative teams has been announced.

It has been rumored that Disney is looking to cast a non-white Hercules; however, as we have not heard any casting confirmations, we will need to wait and see who Disney ends up casting. That being said, there are not too many guesses about who will play Hades, so it seems that all of us Disney fans will have to play the waiting game on this one!

Would you have liked to see David Bowie as Hades in Hercules?