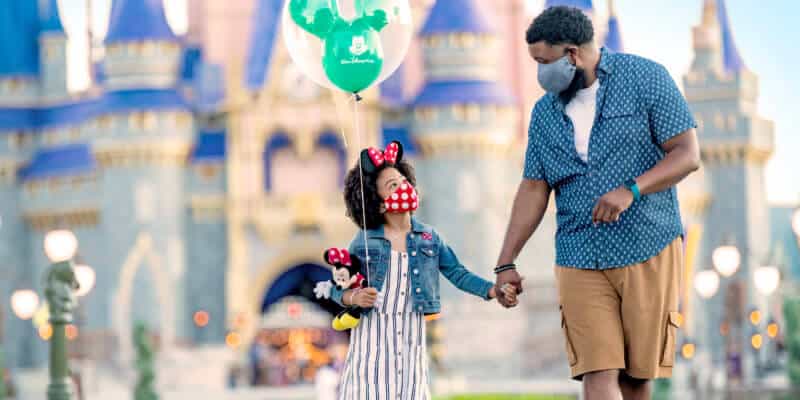 If you have been to Walt Disney World since it reopened during the pandemic you are no stranger to how uncomfortable wearing a mask in the heat can be, and it seems that fact is not lost on Bob Chapek, Disney’s CEO.

Today during the Q2 earnings call for The Walt Disney Company, CEO Bob Chapek gave some thoughts on the capacity of the theme parks given the current CDC guidelines and mask wear in the future inside of the parks.

Chapek had this to say:

“…today’s guidance that we got from the CDC in terms of those that were vaccinated do not necessarily need to wear masks anymore, both outdoors and indoors. Is very big news for us, particularly if anybody’s been in Florida in the middle of the summer with a mask on. That could be quite daunting. So we think that’s going to make for an even more pleasant experience and we believe that as we’re now bringing back a lot of people back to work, that it’s going to be an even bigger catalyst for growth in attendance, and we’ve been quite pleased to date.”

While this doesn’t mean that mask-wearing in the theme parks is going away, it does mean The Walt Disney Company wants to make Guests comfortable when visiting the theme parks while following CDC guidance.

Chapek did confirm that Disney did raise its capacity for the theme parks at Walt Disney World, and as more people become vaccinated it is possible for the parks to continue to do so. Attendance and demand for the parks was also confirmed to be growing as more people get comfortable traveling, despite some international travel still being halted at this time.

Recently Walt Disney World announced that it would be lessening the 6 feet of social distancing in certain areas of the park to 3 feet in accordance with guidance from local health officials. Meaning ride queues will not be as spread out on your next visit to Magic Kingdom, Disney’s Hollywood Studios, EPCOT, or Disney’s Animal Kingdom.

Do you think Disney should change the face masks rules at Walt Disney World? Let us know in the comments!