Pyrotechnics Coming Back to Disneyland Resort For Special Event! - Inside the Magic 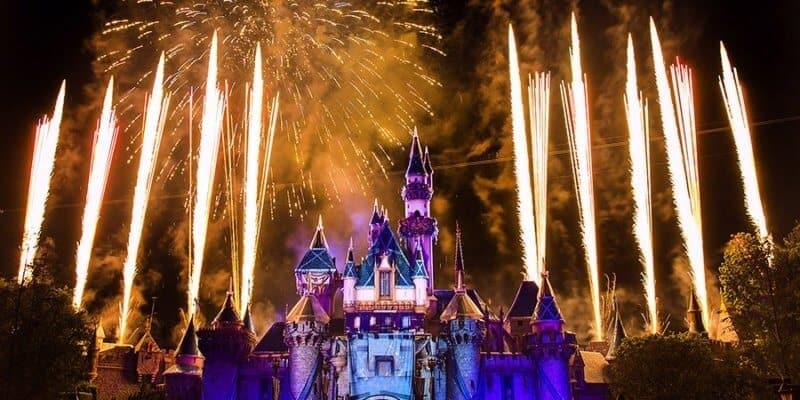 It may be hard to believe, but it has been more than one year since Disneyland Resort Guests have been able to see the fireworks light up the night sky or fire and water dance during California Adventure’s World of Color. However, that will soon change for a special event that will happen at Disney California Adventure Park.

On June 2, Disney will be celebrating the opening of Avengers Campus with a live-stream event. The live stream will begin at 8:15 p.m. PT / 11:15 p.m. ET. Disney Parks Blog shared the news and stated:

In just a few days, the first recruits will step into Avengers Campus at Disney California Adventure park! As we gear up, we’re thrilled to share that we will be streaming live the opening ceremony of Avengers Campus on June 2!

Join us right here on the Disney Parks Blog on June 2 at 8:15 p.m. PT | 11:15 p.m. ET to watch the historic dedication from the Disneyland Resort in California. You’ll also catch a glimpse inside this epic land as a few special guests assemble to celebrate this moment.

Well, now we have even more details about what will happen during the event — including that there will be fireworks! Magic and Walnut (@magicandwalnut) took to Twitter to share an email that had been sent out to residents who live near Disneyland, letting them know about the noise that will be made.

The @Disneyland Resort will launch its very first pyrotechnics in more than a year to celebrate the opening of #AvengersCampus next week, according to an email sent to neighborhood residents.

The @Disneyland Resort will launch its very first pyrotechnics in more than a year to celebrate the opening of #AvengersCampus next week, according to an email sent to neighborhood residents. https://t.co/ra3uj5XAci https://t.co/nRTIPKVaU5 pic.twitter.com/CGwXkVDtKO

Although the email does not state any specifics about what types of fireworks we can expect or when exactly they will happen, we do know that there will be at least some fireworks to celebrate the opening of the theme park’s newest land.

Avengers Campus will officially open at Disney California Adventure Park on June 4. The new theme park area will immerse Guests in all things Marvel and give them the opportunity to ride the new attraction WEB SLINGERS: A Spider-Man Adventure. Guests will also be able to visit the Ancient Sanctum from Doctor Strange and see the Quinjet, popular in the Avengers films.

While there will be fireworks at the special Avengers Campus opening ceremony, Disneyland Resort officials have made no statement about when Guests can expect the return of Disneyland’s nighttime fireworks or DCA’s World of Color.

Will you be watching the live stream celebration of Avengers Campus? Let us know in the comments!

Comments Off on Pyrotechnics Coming Back to Disneyland Resort For Special Event!