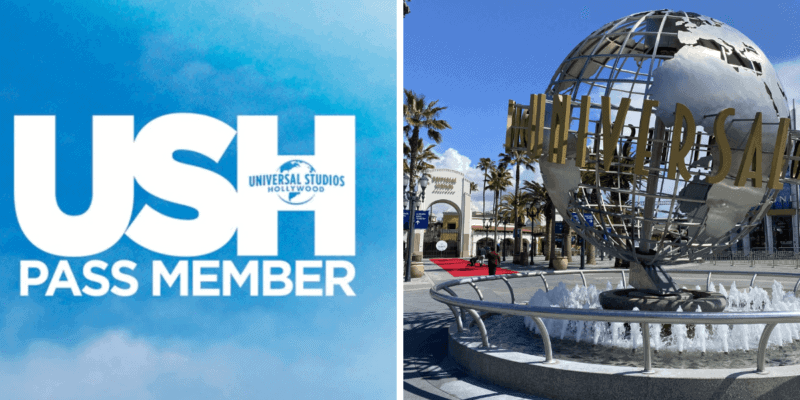 While Disneyland ended their Annual Passport program amid the pandemic, Universal Studios Hollywood did not. In fact, today they have begun reselling Annual Passes again!

Although the sale of new Annual Passes appeared to experience a few hiccups, here is what happened, and what you need to know.

Related: How Will Universal Hollywood Adapt to New Guidelines

Universal Studios announced that they would begin selling new Annual Passes, much to the surprise and delight of their fans. The same can be said for Universal Orlando Resort which has also continued to sell new Annual Passes since the parks reopened. This is unlike Walt Disney World, which has stopped the sale of new Annual Passes, and Disneyland which “sunsetted” their AP program.

If you are wanting to get an Annual Pass for Universal Studios Hollywood ahead of the official reopening on April 16, there are some things to be aware of.

There were some hiccups when it came to the sale of Annual Passes. According to social media some fans were able to purchase Passes this morning, April 8, on the Universal app, despite Universal claiming they would announce when Annual Passes were going on sale.

This confusion on when and where to purchase Annual Passes and Season Passes left questions for many fans online who took to Twitter. Universal has been very responsive on Twitter and incredibly high demand may be causing problems, as we saw previously when Pass Members tried making theme parks reservations.

@pattycak8 asked Universal which passes would be available:

Will the Platinum Annual Pass be available for purchase? I only see day tickets now through October and Silver/Gold annual pass.

To which Universal responded this:

At this time, only Silver and Gold passes will be available when tickets officially go on sale.

At this time, only Silver and Gold passes will be available when tickets officially go on sale.

According to social media, some users were able to purchase Annual Passes this morning via the Universal Hollywood app, however, Universal confirmed that passes were not available just before noon PST.

Annual passes are temporarily unavailable, at this time.

Annual passes are temporarily unavailable, at this time.

Another User @Evan295868 who was unable to purchase a Pass asked when they would be available again, Universal did not make it clear if Annual Passes sold out or if they were having technical difficulties:

I was going to buy a pass and the website says only tickets are available? Will annual passes be sold again today?? Thank you!

Annual passes are temporarily unavailable. At the moment, we do not have an estimated time for when they will return online.

Annual passes are temporarily unavailable. At the moment, we do not have an estimated time for when they will return online.

From this Twitter exchange, you can see that some lucky Universal Fans were able to purchase an Annual Pass:

Just purchased my Gold Annual Pass with a selected date of April 16. Will that guarantee me entry on opening day or do I have to make a reservation?

Yes, you are guaranteed entry as your April 16 purchase date is also your valid reservation for your first visit.

Yes, you are guaranteed entry as your April 16 purchase date is also your valid reservation for your first visit.

Follow the official Universal Studios Hollywood account on Twitter for up-to-the-minute information on when Annual Passes go on sale again. You can head to the Universal Pass Member official webpage to see if you are able to purchase an Annual Pass here.

Hopefully, Universal get this all sorted out soon, as we know many fans are looking forward to returning to the theme parks.

What do you think about this Annual Pass sale? Let us know in the comments!

We can help you book the perfect Universal vacation — click here for more information.