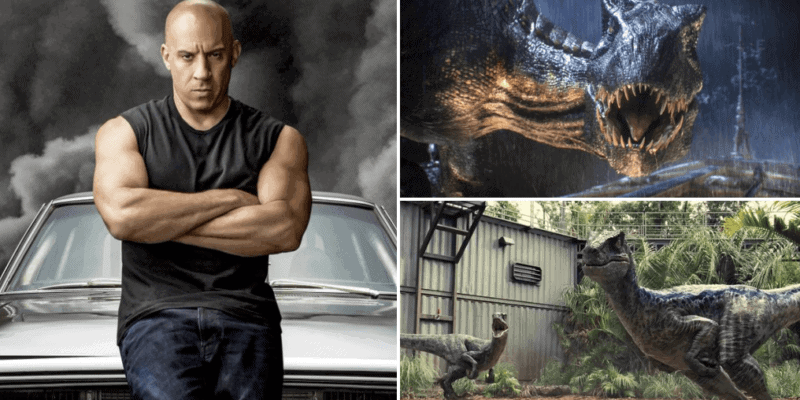 Universal has a plethora of fantastic film franchises, many of which Guests can experience when they visit Universal Parks across the globe.

That being said, we have yet to see a major crossover between two seemingly unrelated Universal films and worlds, but it sounds like Universal fans should not rule out the possibility. Culture Crave (@culturecrave) recently Tweeted that:

"Never [say] never … part of our philosophy is not to ever be boxed in or labeled" pic.twitter.com/JF01AKWdT5

If you have ever seen any of the Fast & Furious films, as well as the Jurassic Park/Jurassic World films, you likely know that both films are dramatically different. One franchise takes place in cities and is all about cars — and the other takes place on fictional islands where dinosaurs are still alive.

To combine the two would, in my opinion, be incredibly difficult to do just because the worlds are so jarringly different from one another, but as Lin said, it seems that a dinosaur car chase is not out of the realm of possibilities.

Maybe we can see Owen Grady (Chris Pratt) running from a dinosaur and then all of the sudden Dominic Toretto (Vin Diesel) comes flying in with his car, swoops up Grady, and saves his life? It’s a reach, but it is also the only logical explanation I can think of (albeit a bad one).

To make the idea even more interesting, Universal Orlando Resort responded to the Tweet!

Universal is, of course, referring to an amalgamation of both of their rides, Fast & Furious – Supercharged as well as Jurassic Park River Adventure, which, really would be a very wild ride.

I would imagine the ride concept would be that you are headed to a party with the Fast & Furious gang when dinosaurs attack and the Jurassic gang swoops in to help save the day, but not before the bus falls down a waterfall, only to speed off and make it to the party on time. How the bus survives the waterfall remains a mystery. This is, of course, pure speculation on my part.

At the moment, there is no actual confirmation, however, that a crossover between the two films will ever happen. Universal Orlando’s Twitter account is typically known for joking around, so their response should be looked at as something a little more cheeky than serious.

Especially considering Fast & Furious 9 comes out on June 25, their response only pulls more attention to the franchise for promo and marketing purposes!

Would you want to see a Fast & Furious x Jurassic World cross-over?