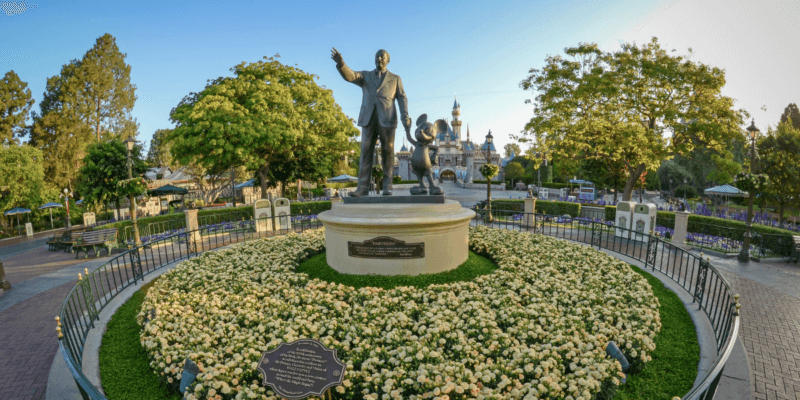 The theme parks of the Disneyland Resort are reopening on April 30, and it’s safe to say that Josh D’Amaro is just as excited — if not more — as Disneyland fans.

“It’s so good to have a date. The world was waiting for that. The world is anticipating the 30th…To bring this place back to life…to picture people walking up or down Main Street toward the castle, it is going to be amazing,” the Disney Parks, Experiences and Products Chairman said in a conversation with Marvel Studios President Kevin Feige during a pre-recorded virtual presentation on Thursday.

Disneyland Park and Disney California Adventure Park — the ultimate Disney destinations in Southern California — have been closed since mid-March 2020. By the time the California Disney Parks reopen, it will have been over a full year since the temporary closure began in late winter 2020, when the pandemic shuttered businesses throughout the world.

Now, in just a few weeks, Guests of all ages will set foot in the original Magic Kingdom, the Happiest Place on Earth, Disneyland. And it’s clear that Disney Parks Chairman Josh D’Amaro is happy about it.

“It’s not just a stroll in the park — this is going to be something very emotional,” D’Amaro said.

He continued to share, “I think that Disneyland means so much to the world — it’s a marker, it’s a historic marker for us.”

But of course, it’s no surprise that the world has its eyes on Disneyland, a place that holds so much historical and cultural significance. Walt Disney’s original park is what started it all, and if not for Disneyland, the world would not have six Disney Parks and Resorts in several different countries, giving people all across the globe the opportunity to make magical memories that will last a lifetime. So, with the very first Disney Park having gone through the longest closure in history, it only makes sense for the reopening of Disneyland to be almost as significant as the opening of the theme park in 1955.

“We know the world is watching,” D’Amaro said, “And we appreciate that, but I think April 30 here is going to be just a super special day.”

As mentioned, Disneyland and Disney California Adventure reopen their gates on Friday, April 30. Disney’s Grand Californian Hotel & Spa reopens the day before on April 29. The Downtown Disney District has been reopened since July 9, 2020, and will continue to operate with similar pandemic-era guidelines in mind.

For information on how to make a theme park reservation, read our guide here. For everything you need to know about Disneyland Reopening, click here to read our article, or click here to visit the Disneyland website.

Are you excited for Disneyland Resort to reopen the theme parks on April 30? When do you hope to visit? Let us know in the comments!

Click here to book your trip to the Happiest Place on Earth!

Comments Off on D’Amaro on Reopening Disneyland: “We Know the World Is Watching”