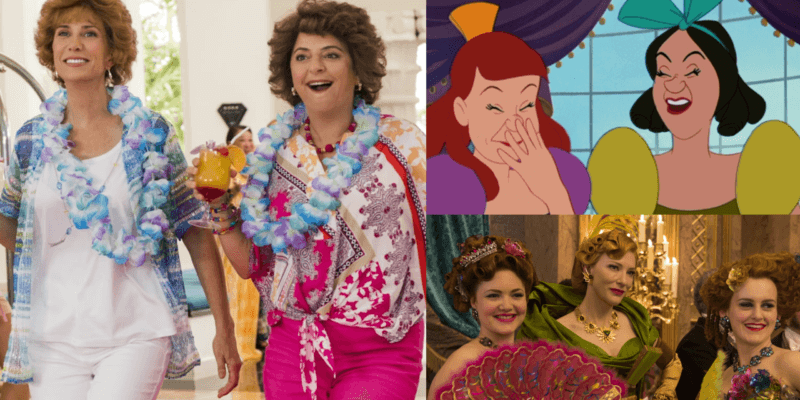 A new musical about Cinderella’s stepsisters was announced just a few weeks back, but that one wasn’t going to be made by Disney. However, now, we know that another movie about the stepsisters is in the works — and this one will be a Disney live-action movie.

It would appear that the incredibly successful Kristen Wiig and Annie Mumolo are taking their talent to Disney for their next movie as they’re set to tackle a live-action Disney film that focuses on Cinderella’s evil stepsisters.

While we don’t have a lot of details just yet, Deadline is reporting that the untitled movie is set to be a fairy tale musical comedy that completely reimagines the tale of Cinderella. The movie is apparently set to follow Anastasia and Drizella Tremaine from childhood to adulthood as they try and uphold their family’s legacy. According to the story, we will also see their viewpoint on Cinderella’s marriage to Prince Charming and the story beyond this.

Related: A Guide to the History and Influence of Cinderella

Kristen Wiig and Annie Mumolo have seen a lot of success in recent years, famously earning an Oscar nomination for writing Bridesmaids and recently working together on Barb and Star Go to Vista Del Mar, a film that focuses on two best friends from Nebraska who travel to Florida on vacation, only to become caught up in a villain’s evil plot.

The project is still in very early development, so it is unknown whether both Wiig and Mumolo are going to be starring as the evil stepsisters or whether they are just going to focus on writing the movie. The film is also going to be produced by Will Ferrell and Jessica Elbaum.

The Evil Stepsisters have always been pretty popular among Disney fans, especially those visiting Disney theme parks. The character meets between fans and Cinderella’s stepsisters are constantly being shared online and if Wiig and Mumolo can capture some of this comedy gold, the movie is bound to be a success for Disney.

Of course, the next big live-action movie that Disney is releasing is Cruella starring Emma Stone, hitting theaters and Disney+ in May.

What are your thoughts on a comedy-musical based on the evil stepsisters from Cinderella? Let us know in the comments below!