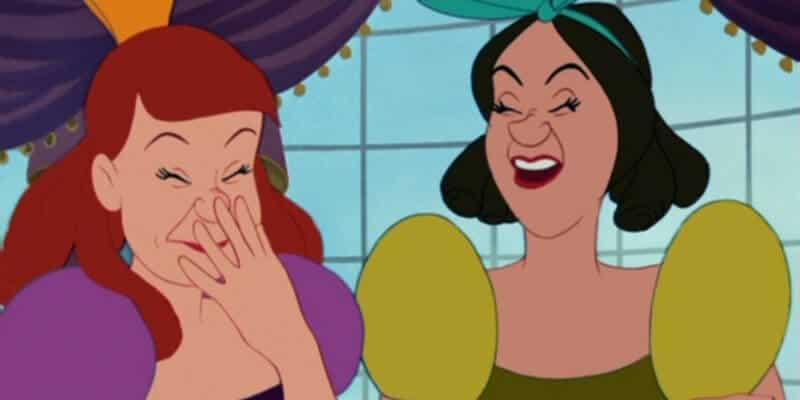 Lately, Disney has been giving us a lot more backstory on different villains. When it comes to Sleeping beauty, we got the live-action Maleficent films, and the upcoming Cruella film, which will give us the backstory of the villain from 101 Dalmatians. Now it looks like the stepsisters from Cinderella are getting their own backstory — but it won’t be coming from Disney.

It was just announced that Netflix was teaming up with producer Amy Poehler (Parks and Recreation, Saturday Night Live) to create a new animated musical film following the two stepsisters from Cinderella. According to Deadline, the film will be titled Steps, and the story will take two Asian immigrant sisters on an “epic journey” to get their own happy endings after they were rejected by the prince.

Alyce Tzue is set to direct Steps and the screenplay will be written by Riki Lindhome (The Muppets).

Tzue spoke about the upcoming film:

“Our stepsisters are a pair of young Asian immigrants to a fairytale world, and their journey navigating the pressures of their kingdom to ultimately arrive at their true dream is a story that resonates deep inside my heart. Especially in light of the terrible acts of erasure against the Asian community, I am grateful to be working with this incredible team on a project where I feel so seen. We can’t wait to bring Steps to the world!“

As mentioned, this film will be making a Netflix debut — it won’t a Disney+ release. The film is a spinoff and reimagining of the characters from the traditional Cinderella fairy tale, a story that does not exclusively belong to Disney. Poehler, who has a background in improvisation and theater, will team up with Tzue to create the musical.

As many know, Poehler is also a comedian who has written plenty of her own skits in the past and works closely with Tina Fey, who helped create Mean Girls: The Musical on Broadway.

Also, considering the sisters (who in the Disney films are named Anastasia and Drizella) are very one-sided in terms of their story and personality in the Disney version of the fairy tale, the filmmakers basically have a clean slate to create a full backstory for them.

It is clear that Steps will showcase Cinderella’s stepsisters in a way we have never seen before, with representation and Asian culture at the forefront of the story. If you weren’t aware, there is actually a traditional Chinese version of the Cinderella fairy tale story — read more here.

At the moment, we are unsure when the film will debut on Netflix, but like many fans, we are excited to learn more.

Are you excited to see the animated musical based on Cinderella’s stepsisters?