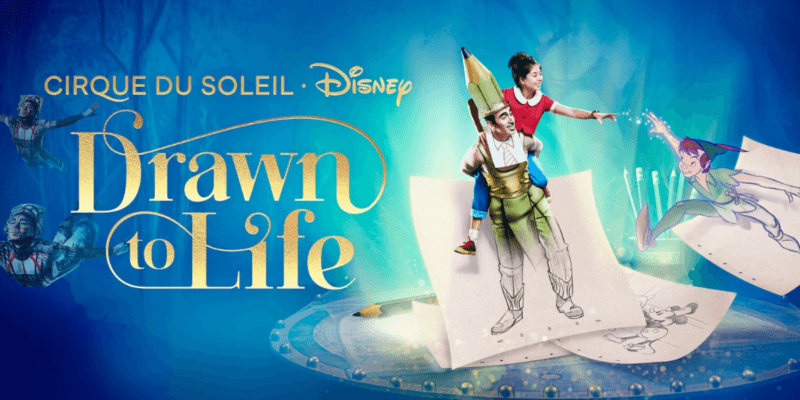 We have been closely following the news surrounding Cirque du Soleil and the new show, Drawn to Life, they have been working on that is set to debut at Disney Springs.

Now a new work permit could mean that the show is gearing up to open soon!

We have previously reported that Disney has officially announced that Cirque du Soleil will be debuting in 2021. Disney has yet to set an official date however, so fans are left to speculate as we are already four months into the year.

Now, we have found a new permit for work at the Cirque du Soleil at Disney Springs. Could this work meant that the show is gearing up to open soon? We cannot be sure, but we can say that this is a really good sign!

You can see the permit below, which lists the construction work as “general construction”, and read it in full here:

Prior to the pandemic, Disney and Cirque du Soleil teamed up to bring fans a brand new show! Drawn to Life was all ready to debut to Guests in November of 2020, but of course, those plans had to change.

Cirque du Soleil had to lay off 95% of the entire company as the pandemic greatly affected its business. This had fans worries that the new show may not ever debut at Disney Springs. Thankfully we have confirmation that it indeed will be coming later this year.

Here is how Disney describes Drawn to Life:

You may have been to the previous Cirque du Soleil show, La Nouba, at Disney Springs which ran for 19 years! Many fans of the long-running La Nouba are looking forward to seeing Drawn to Life when it debuts — I know I am!

We cannot wait to see this brand new show when it opens later this year!

Are you excited to see Drawn to Life at Disney Springs? Let us know in the comments!

Comments Off on Could Cirque du Soleil Open With New Show Soon?