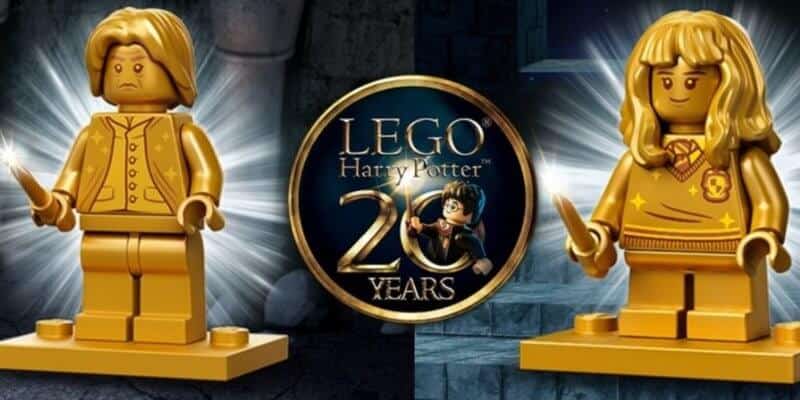 Some exciting news for LEGO and Harry Potter fans alike came out today!

Today, the first glimpse of the celebratory collection was released on Instagram by LEGO and The Wizarding World. The reveal was of six golden LEGO Minifigure from the Harry Potter franchise: Harry Potter,  Voldemort, Ron Weasley, Hermione Granger, Severus Snape, and Quirinus Quirrell.

Celebrate 20 years of @lego Harry Potter! ✨
These exclusive golden minifigures are coming to anniversary sets soon… Which character do you want to collect first?

It is not clear if these will be the only minifigures in the anniversary set, but we can say that they are amazing collectible items for any LEGO or Harry Potter fan.

The fact that these minifigures are golden is a nice detail for the Potterheads since it is known that the Gryffindor trio, Harry, Ron, and Hermione, are called the golden trio! Soon enough you will literally be able to have the ‘Golden Trio’ in your collection.

Back in March, LEGO announced that it will be celebrating its original Harry Potter wave with four new sets. Even though what the four sets are have not been confirmed, rumors around the internet have speculated on what the sets might be:

LEGO also said that the sets will have special anniversary features making them different from the previous counter parts. Remember that these Harry Potter sets are rumors, and nothing has been confirmed yet.

We really love this set and are looking forward to more in the future!

What did you think of the golden LEGO Harry Potter 20th anniversary minifigures? Which Harry Potter minifigure will you want in your collection? Let us know in the comments below.