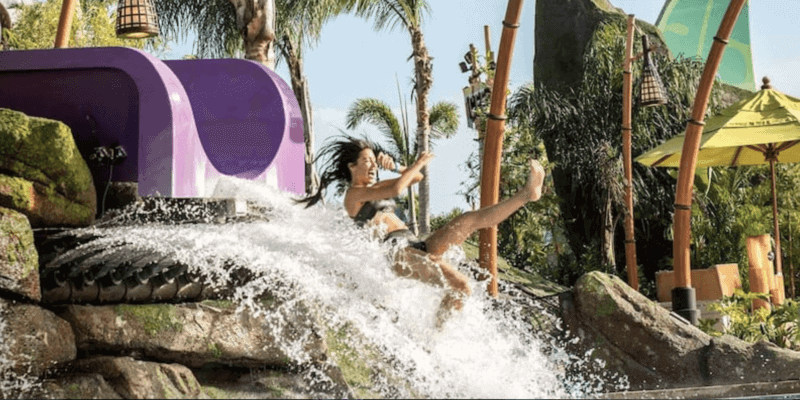 As spring break begins in earnest, both Disney and Universal have been doing their best in order to boost tourism after theme parks took heavy hits in 2020. Spring break is notably a busy time of year for the Central Florida area as many people spend their break at the world-class theme parks that call Orlando home.

In addition to the special deals and savings being offered at both Universal Orlando Resort and Walt Disney World Resort, both theme park resorts have reopened water parks — offering more to entice visitors to visit their parks.

Visit Orlando has started a new ad campaign targeted at boosting tourism to Orlando. The new ad campaign is called “The Wonder Remains” and reminds potential vacationers that Orlando is still full of excitement:

The wonder awaits in Orlando with lots of springtime excitement, over-the-top resorts and unforgettable outdoor adventures. Our destination is filled with places to enjoy open-air fun, starting with our expansive theme parks and attractions, and plenty of al fresco dining options. Stay and save big with our Orlando offers, including special Florida resident offers, and be sure to nab discount tickets while you’re at it.

The reopening of the water parks pushes both Universal and Disney’s resorts closer to their previous operational statuses before the pandemic hit, and it also adds more offerings for those visiting the Orlando area. Even more people could be persuaded to book a vacation to Central Florida and two of the major theme parks if it means that they will have much more to do there, such as water parks at Universal Orlando and Disney World.

Disney has implemented strict health and safety guidelines that some Guests have said have deterred them from visiting the park. But, unlike other Disney World theme parks, Guests do not need an advanced online reservation in order to visit Blizzard Beach. That fact could be a big draw for some as reservations at the Disney theme parks are nearly completely full for March.

Blizzard Beach is sure to be a hit for those looking to cool off at a water park during their spring break vacation!

Universal is home to Volcano Bay, a virtually brand-new, imaginative water park, or “water theme park” as Universal calls it!

Volcano Bay reopened at the end of February not long before Disney’s water park, and while this park also has additional health and safety policies in place for a successful reopening, it also does not require Guests to make an advanced reservation in order to visit. So if you are a spur-of-the-moment vacationer, Volcano Bay is the perfect addition to your trip.

Universal Orlando Resort is offering many great hotel deals for spring break making a visit to Volcano Bay an easy temptation to give in to when you stay on Universal property.

As the Orlando theme parks become more crowded in spring hopefully travel for Orlando tourism will continue to pick up in the summer and help revitalize the industry.

Will you be visiting an Orlando water park during your spring break vacation? Let us know in the comments

We can help you plan the perfect spring break vacation to both Universal and/or Disney, click here!