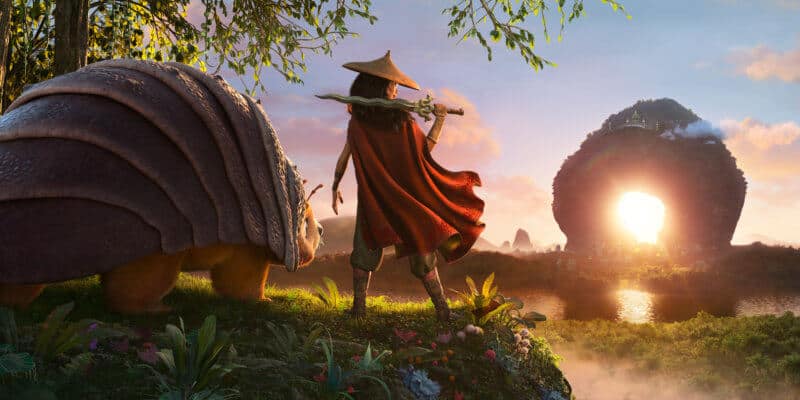 If you are a fan of Disney+, one of the newest streaming services to hit the market with a bang, you are probably like us and love to know what is coming out next! Although Disney+ is riddled with nostalgia-inducing content, the Walt Disney Company is actively creating new content for the platform to continue to grow Disney’s film and television library.

Disney+ was also the solution for Disney during the pandemic when it came to theatrical releases. Although some films such as Jungle Cruise starring Dwayne “The Rock” Johnson and Emily Blunt were pushed back in their release, other films like the live-action Mulan and Disney and Pixar’s Soul were released on Disney’s streaming service.

Considering Mulan was meant to be a huge theatrical release, having the film streamed for free to Disney+ users could have been a huge financial loss for the company. Because of that, Disney created Premier Access on Disney+ which allowed users to purchase the film for $29.99 and they would the have unlimited access to it, so long as they continued to keep their Disney+ subscription active.

The $29.99 is a comparable price to purchasing movie tickets for you and your family and friends and allows Disney fans to be part of the first grouping to see the new film in the comfort of their own home. Premier Access essentially gives viewers access to the film in advance before it is fully released to all Disney+ subscribers at a later date.

Now, as some theaters are reopening, Disney is continuing to use Premier Access to allow those who cannot get to a theater, or do not yet feel comfortable going into one, the opportunity to still watch new titles. On March 5, Disney’s Raya and the Last Dragon will be debuting both theatrically and on Disney+ Premier Access, brought to us by the Walt Disney Animation Studios.

Although the film will cost $29.99 on Disney+, some Disney fans can get an even better deal on the film!

According to CBR, the New York International Children’s Film Festival (NYICFF), “will be hosting two online screenings of Raya and the Last Dragon on March 12, one at 7 PM EST/4 PM PST and another at 10 PM EST/7 PM PST. Individual tickets to these screenings cost $18, a little over half the Disney+ price.”

Although doing this will only allow viewers to watch the film once, and Disney+’s purchase would give viewers unlimited chances to see the film, “both screenings come with the big bonus of a question and answer session with Raya’s voice actor Kelly Marie Tran and an unannounced selection of filmmakers from Walt Disney Animation Studios.”

You can get tickets to the virtual screening here.

“In the current operating environment, we are making near-term booking decisions on a discrete, film-by-film basis, focusing on the long-term benefit of exhibitors, studios and moviegoers. While we are having conversations with The Walt Disney Company, we have not yet reached agreeable licensing terms for Raya and the Last Dragon. As we continue to work with our studio partners, we remain optimistic that we will reach mutually beneficial terms that will provide moviegoers the opportunity to see the exciting film lineup in our theatres.”

That being said, “Disney in their curtain raiser note reported that Raya will play in 2,000+ theaters this Friday, including 200 IMAX screens, 360 Premium Large Format screens, 160 3D locations, and 45 D-Box/4D screens. The opening for Raya and the Last Dragon is in the $6M-$7M+ range per industry estimates.”

Considering major companies like Cinemark will not offer the film in their theaters, many Disney fans who want to watch Raya and the Last Dragon will likely turn to Disney+, or alternative streaming methods at a lower cost such as the New York International Children’s Film Festival.

For those wondering, Raya and the Last Dragon‘s storyline reads:

From Walt Disney Animation Studios comes the epic adventure “Raya and the Last Dragon,” set in the fantasy world of Kumandra, where long ago humans and dragons lived together in harmony. But when an evil force threatened the land, the dragons sacrificed themselves to save humanity.

Now, 500 years later, that same evil has returned and it’s up to a lone warrior, Raya, to track down the legendary last dragon to restore the fractured land and unite its divided people…

Raya’s quest to find the last dragon, destroy the Druun, and save her world is also a journey of self-discovery—a quest filled with danger, adventure, humor and new friendships, yet tinged with regret, loss and anger born of the need to revenge a wrong. What Raya learns, and comes to believe, is bigger than all of us: we can trust, we can work together, we can unite. And, most importantly, we must.

Will you be watching Raya and the Last Dragon on Premier Access, online via the New York International Children’s Film Festival, or in a theater near you?