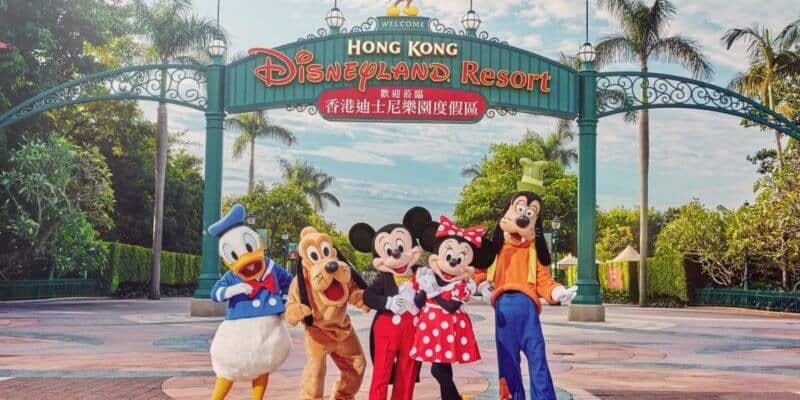 Dimsumdaily shared on Facebook that a pet rabbit was left outside the entrance gates to Hong Kong Disneyland while the pet owner was seemingly inside enjoying the park. The news outlet reported that the note that was left with the rabbit along with with contact information for the owner, stating that since they couldn’t take the pet into Hong Kong Disneyland.

21st March 2021 – (Hong Kong) Yesterday (20th) afternoon, a visitor found a basket with a pet rabbit outside the entrance of Disneyland. The basket also contained a note saying that the rabbit was not lost and the owner was in Disneyland. However, the owner could not place the rabbit under custody nor bring it into Disneyland so the owner left the rabbit at the entrance with a contact number.

Someone took a photo of the pet rabbit and uploaded it to Facebook which immediately aroused heated discussions among netizens.

Animals (with the exception of service dogs). Service dogs means a guide dog or a dog that is trained to do work or perform tasks for, and to assist, a person with a disability. Service dogs must remain on a leash or in a harness and under the control of the owner at all times. Due to the nature of some attractions, service dogs may not be permitted to ride certain attractions.

While Disney fans were outspoken online after news of the rabbit being left at the park gates spread on social media, Disney has not commented, and it is unclear if the owner was ever reunited with the pet.

Hong Kong Disneyland has gone through multiple closures during the pandemic and has just recently reopened for Guests on February 19, 2021.

What do you think of this situation? let us know in the comments

If you want to plan a trip to Hong Kong Disneyland now that the park has officially reopened, we can help! Click here for more information.