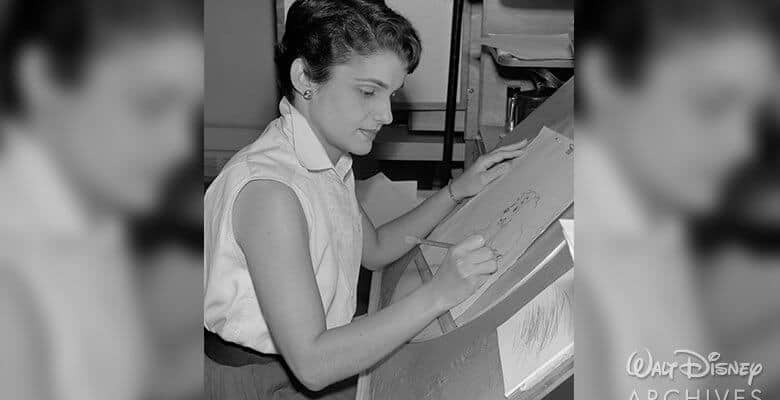 The Walt Disney Company believed in gender equality long before our time. Back in the 1920s when Walt Disney’s Laugh-O-Gram studio was growing, Walt Disney hired both men and women to help bring the characters and stories to life.

Walt’s vision of having women work in the Ink and Paint Department was thought out to be beneficial since he believed their delicate hands were better suited for the intricate artwork.

“If a woman can do the work as well, she is worth as much as a man,” Disney once said. “The girl artists have the right to expect the same chances for advancement as men, and I honestly believe they may eventually contribute something to this business that men never would or could.”

For a list of strong and amazing Disney women, visit our article here!

Women of Ink and Paint

So many remarkable women have helped bring wonderful stories to life at Disney Animation.

Lillian Disney, the adoring wife of Walt, was known as the very first woman who helped Walt achieve his vision — she and Walt actually met when she was working at the Ink and Paint Department. Kathleen Dollard, another female, was known to be the first employee of Disney Studios.

Another prominent figure of the Ink and Paint Department was Grace Bailey, who applied for a job when Walt was looking for female artists. Grace eventually became the head of Paint during the production of the Silly Symphony series when the studio pushed from classic black-and-white animation to bold colors. Her hard work earned her a spot as the head of the Ink & Paint Department in 1954, where she was responsible for more than 200 artists. You can read more on D23 here.

Who is Berta “Bea” Tamargo?

In a spotlight by D23, The Official Disney Fan Club, they pay tribute to those who have paved the way in making Disney what it is today.

Berta “Bea” Tamargo, a resident of Miami, Florida, was born in Havana, Cuba, and moved to the United States at the young age of 10.

In 1946, her love of Art and Animation became a full-time job when she moved to Los Angeles and decided to work for Walt Disney himself as an inker for the Ink and Paint Department. She eventually became the Assistant Animator and was one of a few women who worked in the Animation Department.

Bea’s artistry work included famous feature-length films such as Cinderella, Alice in Wonderland, Lady and the Tramp, and Peter Pan.

Her talents go beyond just animation and artistry. Her bilingual talents helped in translating cartoon productions, and became a Spanish translator for many Guests who visited the studio. She even served as a live-action model for the Walt Disney Studios. After researching this honorary woman, it’s clear that her contribution to Walt’s legacy has inspired many women young and old to follow their dreams and reach for the stars.

Which Disney woman inspires you? Let us know your thoughts on how women have helped pave the way for Disney’s success!