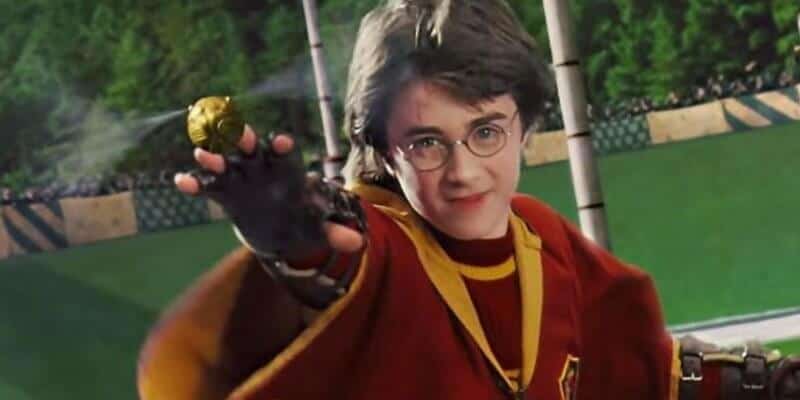 Inside the universe of Harry Potter, author J.K. Rowling introduced the wizarding world sport of Quidditch to those of us muggles reading her books.

Quidditch is first introduced in Harry Potter and the Philosopher Stone when eleven-year-old Harry Potter learns of the existence of the sport from his future best friend Ron Weasley. In the first book, Harry Potter becomes a great Quidditch player, and the youngest seeker in Gryffindor, his Hogwarts house.

In the universe of Harry Potter, Quidditch is a mix-gendered sport played by witch and wizards while flying on their brooms trying to score points by throwing balls at three different hoops.

Every Harry Potter fan at one point wished that they could have played Quidditch in school just like Harry Potter, Ron Weasley, Draco Malfoy, Gina Weasley and many other characters. But what if I told you that some colleges and universities throughout the United States have their own Quidditch teams?

There are currently about 210 active US Quidditch college teams, and with their own national federation called US Quidditch [USQ].  Most of the teams are ‘unofficial teams,’ meaning they are mostly clubs within the university or college.

How Does College Quidditch Work?

College Quidditch is very similar to the Quidditch seen in the Harry Potter universe. A Quidditch teams is made of 7 players who play with ‘brooms’ between their legs at all times.

There are three ring-shaped goals that vary in height on each side of the oval shaped field. The goals are guarded by each team’s Keeper. The Keeper acts like a goalkeeper in soccer, preventing the opposite team to score points. In the movies and books, Ron Weasley played as Gryffindor’s Keeper.

In the middle of the field, you will find three types of players, three Chasers, two Beaters and one Seeker.

The Chasers will run around the field with a ‘Quaffle’,  one volley ball, to try to score goals on the rival’s team hoops by throwing the ball or kicking it. Each Quaffle through a hoop grants your team 10 points.

The two Beaters in each team will use ‘Bludgers’, another ball [three in total], to set back the other team’s players. When a player is hit by a Bludger, that player must release any ball they have in hand and return to their team’s side of the field and touch one of the goal hoops before returning to the game.

The final position, and probably the most important one, is the Seeker. In the Harry Potter books, Seeker was Harry’s position in the Gryffindor team. Each team has one Seeker, and they are responsible for chasing and catching the ‘Snitch’. In the universe of Harry Potter, a snitch is a ping pong size golden ball with wings that flies radically around the field.

In the non-magical version of Quidditch, the Snitch is a runner — yes, a person — dresses in yellow with a velcro tail attached to their shorts. The Snitch enters the field after the first 20 minutes of the match, and it has to evade being captured by the seeker from both teams. Capturing the Snitch grants a team 30 points, and the game. Yes, if a team’s Seeker catches the Snitch, the game ends.

However, it is important to mention that catching the Snitch does not exactly guarantee a team victory. The victory goes to the team with the most points. In the majority of the time, the team that catches the Snitch wins, but that might not always be the case.

It is also important to add that only Chasers can handle Quaffles, only Beaters can handle Bludgers and only the Seekers can catch the Snitch.

For a full breakup of the game, you can click here.

Comments Off on Ever Wanted to Play Quidditch? In College You Can!