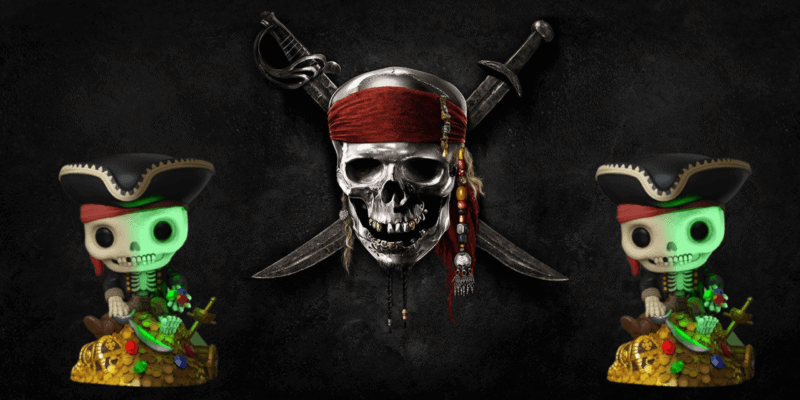 We’ve seen a huge selection of new Funko POPs announced over the last few days thanks to the Funko Virtual Con Spring 2021 event. The latest announcement is a must-buy for any fan of Pirates of the Caribbean and features a skeleton sat on a pile of gold.

The price for the new Pirates of the Caribbean Funko POP has yet to be revealed but we do know that Funko Fan Club members will get first access to the new vinyl figure on Wednesday, March 3rd via the established lottery system.

Check out the skeleton pirate below:

While there is no detail on the individual gold coins, it’s very likely that this skeleton is based on the backstory of the original Pirates of the Caribbean movie (with a little bit of the attraction thrown in).

In the original movie, a curse is cast on anyone who steals one of the 882 pieces of identical Aztec gold coins (known as The Treasure of Cortés).

Not only is this figure incredibly cool, but it also glows in the dark, adding a bit more spookiness to the look of the skeleton.

As well as being sold to Funko Fan Club members on March 3rd, the figure will be released to select retailers on March 4th. As soon as we have further details on this we will be sure to update you! And be sure to keep your eyes on the official Funko website, which you can view here.

Are you going to be picking up the new Pirates of the Caribbean skeleton Funko POP? Let us know in the comments below!