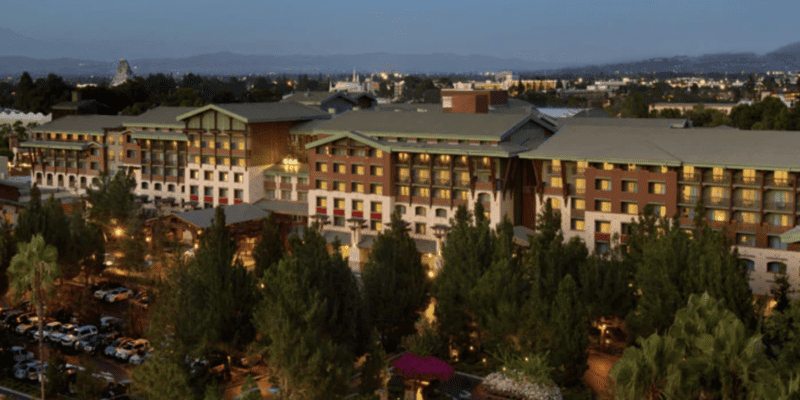 Disney has just announced they will be opening up the DVC Villas at Grand California Resort & Spa. This comes on the heels of the stay-at-home order being lifted in California. As you know, Disney previously had plans to do this, and room reservations book up quickly for months on end.

Now Disney is going to try and offer these villas to their Disney Vacation Club Members once again.

Related: How Much Are You Willing To Pay To Visit Disneyland On Reopening Day?

The DVC Villas will be open starting in May, but since they had been previously booked it is unclear if new reservations will be possible. You will need to contact Disney Vacation Club directly for more information.

Here are the details from Disney:

The Villas at Disney’s Grand Californian Hotel & Spa is currently scheduled to reopen beginning May 2, 2021. While the Disney Vacation Club Villas will open for Members and their guests, the rest of the resort, as well as The Disneyland Hotel, Disney’s Paradise Pier Hotel, Disneyland Park and Disney California Adventure Park, remain closed for normal operations. The Downtown Disney District is open with select shopping and dining experiences. We invite you to visit Disneyland.com for the latest details about the phased reopening plans for Disneyland Resort. As we continue to work towards reopening, promoting health and safety for our Guests and Cast Members is a top priority. Our gradual, phased approach to reopening considers the guidance of government and local health authorities, including the Centers for Disease Control and Prevention (CDC), in addition to the U.S. Travel Association and the Disney team of health professionals. Learn more about the reopening of The Villas at Disney’s Grand Californian Hotel & Spa.

This is very exciting news as this is another step in the right direction for the phased reopening of Disneyland. Again, Disney previously attempted to do this but had to cancel their initial plans once a stay-at-home order was put in place for California.

As soon as Disney announced this the Villas were booked for months. Only Disney Vacation Club members are able to book and stay at the Grand Californian at this time, Disney reiterated in their announcement that no other onsite hotels will be opened at this time. It is a good time to be a DVC member, especially if the Grand Californian Hotel & Spa is your home resort!

Per the last announcement of the DVC Villas reopening for Guests, we assume that Disney will be offering limited services and amenities. Dining at the resort was also not available per the previous announcement, and we expect that to stay the same. Until we have more confirmation from Disney on what will be available, you can read the previously planned offerings at the Grand Californian for DVC members staying at the Villas here.

Disney has recently announced a hard ticket event starting sometime in March that will offer specialty food at Disney California Adventure. Read more about the event here — we will have to wait and see if it is still going on when the DVC Villas will be available.

Will you be booking a stay? Let us know in the comments!