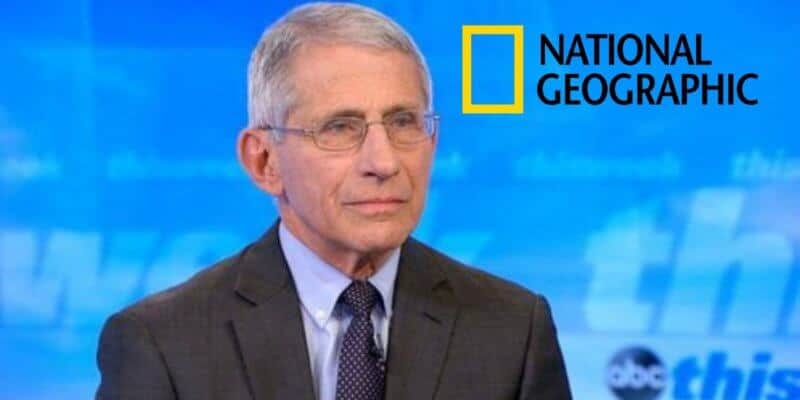 If there are two things that this pandemic has brought to us, it is multiple hours spent watching television, as well as plenty of advice from the nation’s top infectious disease expert and dedicated public servant, Dr. Anthony Fauci. That being said, we surely did not expect to see Dr. Fauci team up with National Geographic — but, that is exactly what is about to happen!

What’s on Disney Plus recently confirmed that Dr. Anthony Fauci would be getting his own documentary about his life and career. With an Emmy award-winning team — John Hoffman (The Weight of the Nation, Sleepless in America), Janet Tobias (Unseen Enemy), Academy Award winner Dan Cogan (Icarus), and two-time Academy Award nominee Liz Garbus (What Happened, Miss Simone? The Farm: Angola, USA) — ready to create the film, National Geographic viewers can expect FAUCI to be hitting their screens in the future.

The film will follow Dr. Anthony Fauci and his professional career, as well as his personal life. It will then go into what has been his biggest test and act of public service and disclose what that pandemic was like for “America’s Doctor”, which Fauci has been dubbed by The New Yorker due to his courage shown while helping to combat COVID-19. What’s On Disney Plus states:

A world-renowned infectious disease specialist, Dr. Fauci has valiantly led the U.S. fight against every epidemic our country has faced over the past 50 years, from AIDS to SARS to Ebola, and now, COVID-19. The longest-serving public health leader in Washington, Dr. Fauci has worked under seven presidents and is revered on both sides of the aisle. He has testified before Congress — with his trademark Brooklyn accent — more than any other person in American history. Through intimate interviews, Dr. Fauci will take us on a journey through his remarkable career, with a particular focus on HIV/AIDS — from the dark years when there was no treatment and little funding to the advent of triple therapy, and his efforts to bring cutting-edge medications to sub-Saharan Africa through the development of The President’s Emergency Plan For AIDS Relief (PEPFAR), which has saved more than 18 million lives since 2003.

But the man America has come to know and trust over this past year was forged even earlier: during his childhood in Brooklyn working at his father’s pharmacy, by his rigorous Jesuit education at Regis High School and Holy Cross College that instilled in him a sense of duty to others, and in the endless night shifts during his residency at New York Hospital.

Directors Hoffman and Tobias stated, “There is only one Dr. Fauci, and it is an incredible privilege to bring his inspiring, lifelong quest to cure disease and prevent outbreaks, to viewers around the world. This film will be an unprecedented, intimate portrait of our nation’s greatest public servant, whose relentless pursuit of truth and devotion to science has never been more important.”

Carolyn Bernstein, EVP scripted content and documentary films for National Geographic said, “Dr. Fauci has become a household name because of COVID-19, but what people may not realize is the heroic and integral role he has played in shaping our national response to serious health crises for more than 50 years. We couldn’t ask for better partners than John, Janet, Dan and Liz to bring audiences this inside look at the man behind the legacy, and we hope his remarkable story will inspire a new generation to pursue public service with the same commitment and verve.”

Check out the trailer below!

Considering Dr. Fauci has become a household name, not only in America but worldwide thanks to his expertise and integrity when advising on COVID-19 procedures and measures, in combination with Disney’s National Geographic tie, it is not too surprising to hear speculation that the film may be released on Disney+.

The COVID-19 pandemic has and still is something that has changed the lives of everyone in the world, so personally, I think it is quite smart for the National Geographic team to find a way to place this moment in history via documentary by celebrating the life and work of Dr. Anthony Fauci.

As What’s On Disney Plus mentioned, no details have been announced from National Geographic, Disney+, or Hulu pertaining to the release of Fauci, although we wouldn’t be surprised if this documentary was released on Disney+ due to the continued release of National Geographic titles on the Disney streaming service.

Are you excited to see FAUCI coming soon? Let us know what you think of the documentary below.