Engineers have proven that even the most fantastical animated achievements can too happen in real life as the famous flying house from Disney/Pixar’s Oscar-winning film “Up” has been recreated for an upcoming television show.

National Geographic Channel’s “How Hard Can it Be?” will premiere in fall 2011 and will feature an episode during which scientists build and fly a 16-foot wide x 18-foot tall house using 300 8-foot colored weather balloons to lift the structure into the air. 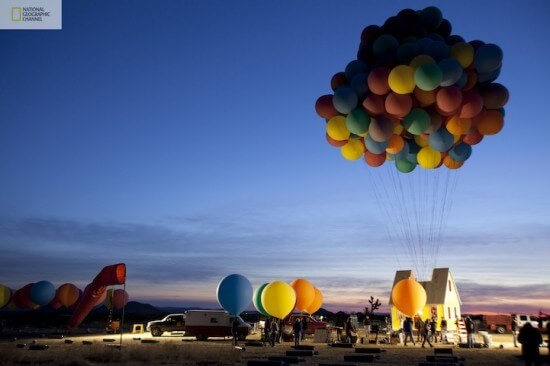 The event was taped in the early hours of March 5 on a private airfield near Los Angeles. The real-life recreation of Carl’s animated house from the movie wound up reaching more than 10,000 feet in the air, staying “up” there for around an hour!

The show won’t be on TV for a few months, but you can see a clip now courtesy of ABC’s Good Morning America:

Additional photos were released by National Geographic Channel from the colorful event, including a look inside the house, which is little more than a shell with just enough support to be held by the balloons: 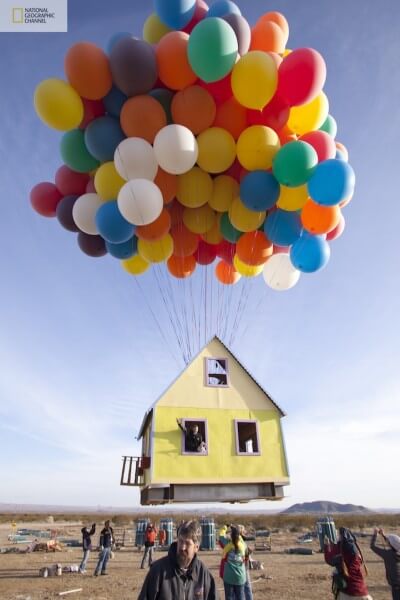 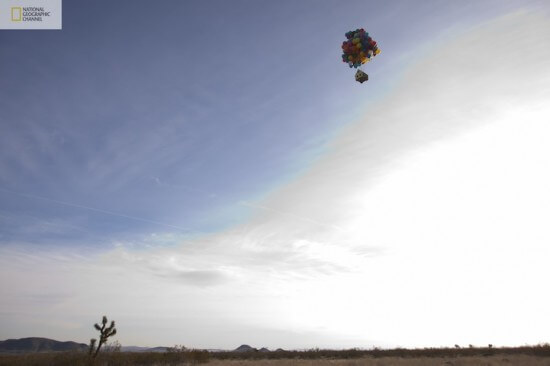 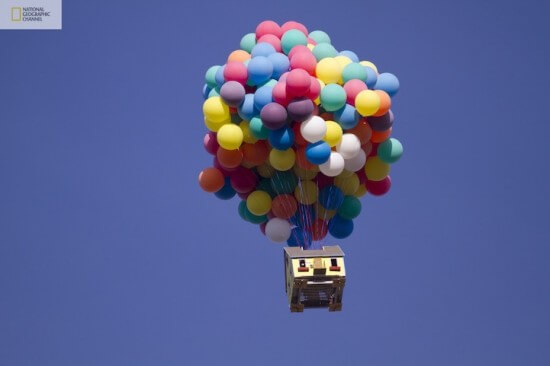 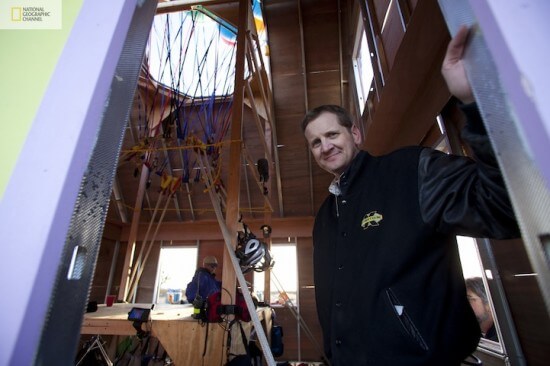 It’s especially fun to compare the real-life version above with the animated version from “Up” in the movie posters below: 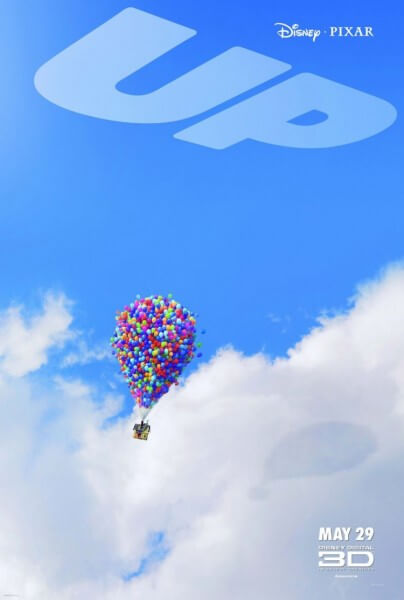 And it’s not hard to imagine that this sure would make a fun Disney theme park ride. It’s too bad an “Up” wasn’t used when Disney unveiled their “Characters in Flight” balloon at Walt Disney World in 2009:

More photos and information of the National Geographic recreation of the “Up” house can be found at mymodernmet.com.