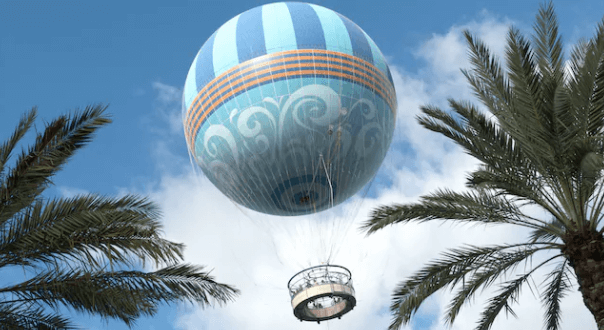 The Characters in Flight attraction at Disney Springs underwent a makeover in January, and now the experience has a new name to go along with its fresh look.

Aerophile is the Paris-based company that custom-built the ride for Disney. The new blue swirl motif replaced the previous decorations on the balloon, which featured Tinker Bell and other Disney characters. Tickets to ride Aerophile are $20 for adults and $15 for children.

For more information, head over to the Walt Disney World website.