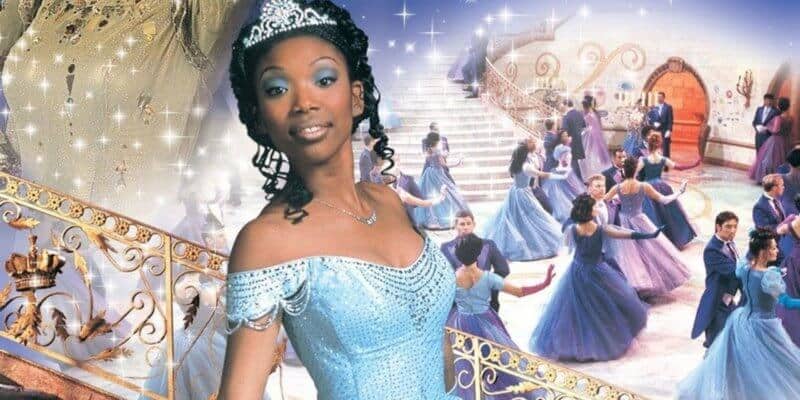 Disney+ has many titles that fans know and love, which fill us with Disney magic and nostalgia. That being said, many titles still must be added to the streaming platform.

At the stroke of midnight, Rodgers & Hammerstein’s Cinderella finally made its way home to Disney+ and fans cannot be more excited about the arrival of the film. For Black History Month, Disney has been adding more Black film titles to their repertoire to celebrate. In a release, the Walt Disney Company noted:

Rodgers & Hammerstein’s Cinderella will join the Celebrate Black Stories collection that is on Disney+ alongside Soul, Black Is King, Black Panther, Hidden Figures, and many more.

The 1997 film stars Brandy Norwood, Whitney Houston, Whoopi Goldberg, and others — and the actors have not been shy to highlight fan demand of the film. During an episode of The View where Goldberg and Brandy announced the new title Goldberg teased, “It’s pretty remarkable that people have been begging for Cinderella to be re-released for almost 24 years. I mean, what do you think, is it possible?” It’s almost like we have needed a Fairy Godmother to get this film on Disney+!

It sure is possible Whoopi, and fans are thrilled. Although the film has only been out for a few hours at this point, Twitter has already erupted in celebration of Cinderella‘s debut on Disney+.

Happy Brandi Cinderella Day to all who celebrate

Happy Brandi Cinderella Day to all who celebrate pic.twitter.com/lYxguIHHV1

Even leading up to the release, Disney fans were hyped to see the film hit the streaming service!

You watching Cinderella (Brandi and Whitney Houston version) tomorrow? I am!

You watching Cinderella (Brandi and Whitney Houston version) tomorrow? I am!

Finally Brandi and Whitney Houston’s Cinderella is coming to Disney+ tomorrow! Should have been there the whole time though

Finally?? Brandi and Whitney Houston’s Cinderella is coming to Disney+ tomorrow! Should have been there the whole time though

And the reactions continue to be overwhelmingly positive for Rodgers & Hammerstein’s Cinderella’s arrival to Disney+. Some fans even had countdowns going to celebrate. Now we all need our own Fairy Godmother and Prince Charming!

After seven Emmy nominations, one Emmy win, and over 20 years later it seems Disney fans finally got what they wanted when it comes to this Broadway show turned film hitting the streaming service. Producer Debra Martin Chase stated, “I am absolutely thrilled that our Rodgers and Hammerstein’s Cinderella will finally be available on Disney+! As the service got up and running, I became inundated on my social media by inquiries from fans asking why the movie was not included in its programming.”

Will you be watching  Rodgers and Hammerstein’s Cinderella this weekend?