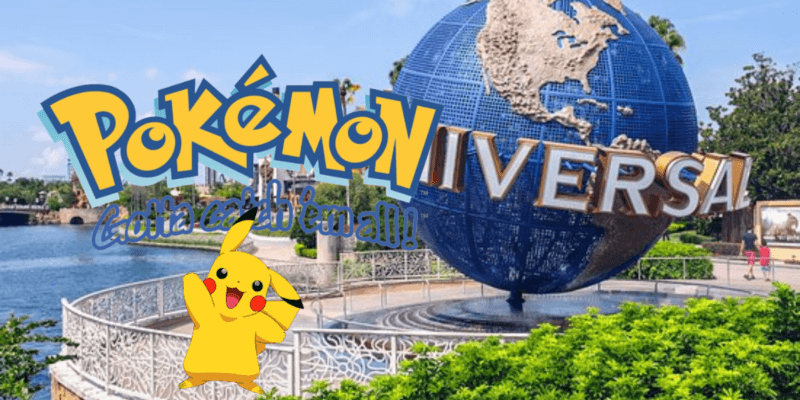 Universal is very close to opening their brand new major theme park expansion, Super Nintendo World, at Universal Studios Japan. This is a major step forward as it unlocked the doors for Universal to bring other Nintendo properties such as Donkey Kong, Zelda, and Pokemon into its theme parks as well.

There have been rumors for years that Universal along with Nintendo and the Pokemon Company will bring the Pokemon franchise into their theme parks as well. Let’s dive into the validity of these rumors and what they could mean for the future of Universal theme parks.

In a report by the Orlando Business Journal, they outline the rumors that have been going around in the theme park community for a while. The most prominent speculations are that Pokemon will come to Epic Universe, or take over KidZone at Universal Studios theme park in Universal Orlando. Here is what OBJ had to say about the rumors and the popularity of the Pokemon franchise:

The future expansion, which is rumored to cross multiple parks, may include Pokemon, the uber-successful video game and TV show franchise, said WFTV, citing anonymous sources, and the Theme Park University blog. “The incredibly popular video game and franchise will be added to the KidZone section of Universal, where Woody Woodpecker and Barney are located now,”

More than 300 million copies of Pokemon games have been sold worldwide since its debut on the Nintendo Game Boy in 1996. The series has spawned more than 30 sequels on the handheld video game console alone and many more on home consoles.

Could we see Pokemon be brought into Epic Universe? It is one possibility! Pokemon could be detached from Super Nintendo World which we know was planned for Epic Universe, and become an anchor for another part of the theme park.

I think the stronger theory is that Pokemon will be coming as a major update to KidZone and adjacent areas at Universal Studios. The area is outdated for today’s audience with IP’s such as An American Tail,  Barney, Woody Woodpecker, and Curious George. Don’t get me wrong, I love those properties, but I think Pokemon is a stronger IP. As the Orlando Business Journal stated, Pokemon continues to create and sell new games, playing cards, movies, and series which are incredible financially successful.

The KidZone and surrounding children focused areas take up a massive footprint in Universal Studios. There would be so much potential for Universal to bring a large innovative family ride that takes Guests into the world of Pokemon. There’s so much source material and hundreds upon hundreds of Pokemon that could be integrated into the land.

Certainly, if this change were to happen it will take some time. The pandemic has hit Universal and every part of the tourism and theme park industry hard. Universal has not given any official answers on Pokemon coming to the parks so we will just wait and see!

But we will continue to keep our fingers crossed that we can catch em all at Universal someday in the future!

What do you guys think about Pokemon coming to Universal? Would you rather see it at Epic Universe or Universal Studios? Let us know in the comments!

We can help you book the perfect Universal vacation, click here for more information