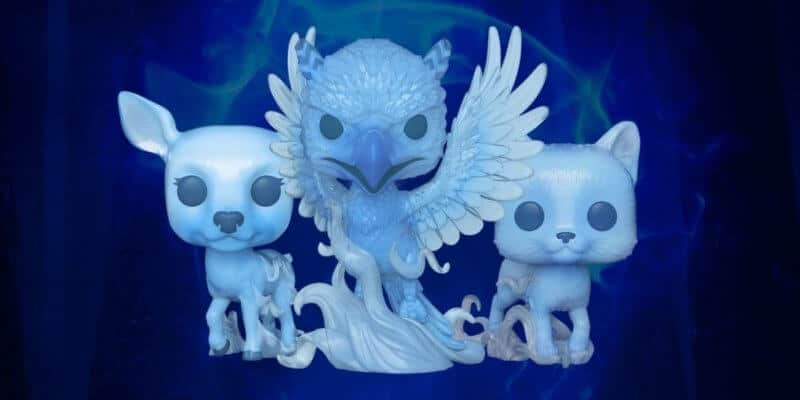 Now, there are four more Patronus Funko Pops coming our way! This time, the wizards chosen to have their Patronus immortalized as the collectable figures are of four Hogwarts professors!

Dumbledore’s Patronus is no other than a phoenix like his sidekick pet phoenix Fawkes, while Snape’s patronus takes a more emotional impact — a doe, the same patronus as Lily Potter. McGonagall’s Patronus is just like her Animagus, a cat. And finally, last but not least, Lupin’s Patronus, the wolf.

The Patronus Funkos are amazing looking, but how do you acquire one for your collection? Well, that all depends. If you are a Wizarding World Gold Member, you can rush to buy Dumbledore’s Patronus right now! However, if you are not a gold member, Dumbledore’s phoenix Patronus will be available to the public on February 1st.

For Remus Lupin’s wolf Patronus, there is still no set date to be released, but according to the Wizarding World’s website, that will be happening very soon as well.

Which of the new Hogwarts professor Patronus would you like to have, and why? Let us know in the comments below.