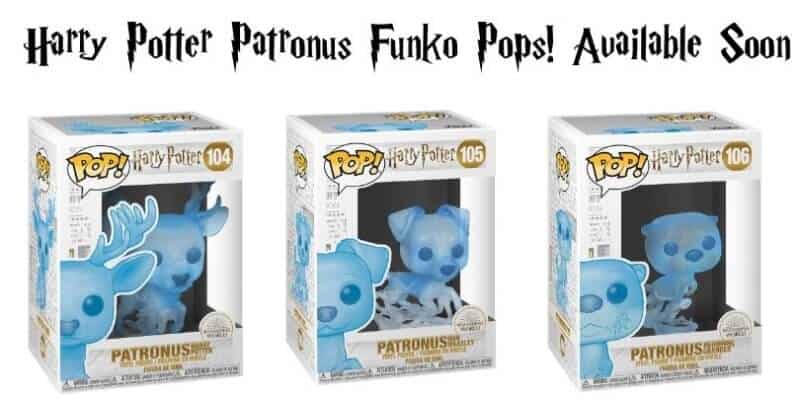 If you are a fan of the Harry Potter series — from the movies to the books to the merchandise — you probably know that some Wizarding collectable items can only be found over at the Wizarding World of Harry Potter.

But, like Hermione once said in Harry Potter and the Order of the Phoenix, “it’s sort of exciting, isn’t it, breaking the rules?” And yes it is! Funko broke the rules and announced this week that three of their park exclusive Funko Pop! will be available online beginning in June. And those Funko Pops! include the the powerful, but adorable, Patronus.

Harry Potter’s Stag Patronus, Rons Weasley’s Jack Russell Patronus and Hermione’s Otter Patronus will all be available over on Entertainment Earth for $10.99 each.

Let’s take a closer look at each of the new Funko Pop! below.

These Funko Pop! are an amazing add to any Harry Potter fan collection. And besides, the message the Patronus have inside the world of Harry Potter is very welcoming!

For those that may not remember, the spell “Expecto Patronum” is essential to fight off the terrifying dementors. So, to conjure your Patronus, a wizard must focus on their happiest memories.

So, which of the Patronus Funko Pop! is your favorite? Let us know in the comments below.