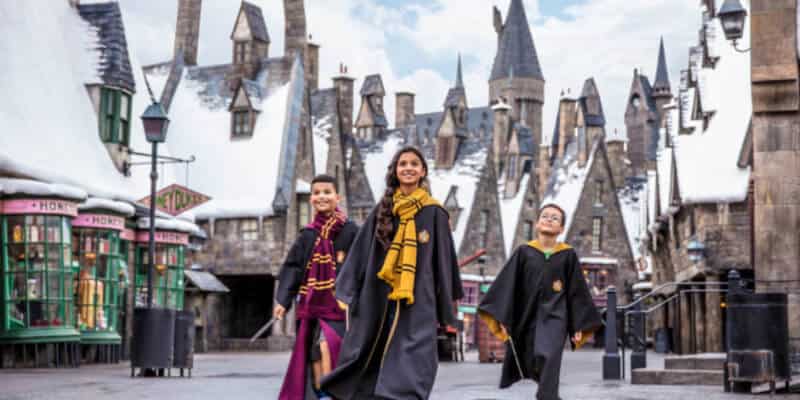 Universal Studios recently announced the extension of their theme park closures. They are extending the closure of both Universal Studios Hollywood and Universal CityWalk through April 19, 2020 (which you can read more about here).

Although this is sad news, we know it is for the best. But that doesn’t mean you have to miss out on any of the fun that Universal Studios Hollywood offers! In fact, for all of you Harry Potter fans — You can ride the popular Harry Potter and the Forbidden Journey ride right from the comfort of your own sofa. Who’s ready?

But first — If you have never had the chance to ride the actual dark ride attraction in person, here is the official Universal Studios description reads:

Enter through the towering castle gates and make your way down the familiar passageways and corridors of Hogwarts School of Witchcraft and Wizardry. Visit iconic locations such as Dumbledore’s office, the Defence Against the Dark Arts classroom, the Gryffindor common room, the Room of Requirement, and more.

And now that you have a basic idea of what to expect, let’s go on a virtual vacation to The Wizarding World of Harry Potter in Universal Studios Orlando.

Are you ready to visit Dumbledore’s office? How about the Defence Against the Dark Arts classroom? Or maybe the Gryffindor common room? Grab those magic wands because we are about to go on an adventure to Hogwarts.

Let’s begin in the official queue line, because as we all know, the ride really begins the second you step into the line:

Now that we have gone through the queue line — It’s time to experience the dark ride Harry Potter attraction. Are you ready? Because here we go!

We can’t wait to be able to actually ride the Harry Potter and the Forbidden Journey attraction, but until the parks reopen — This will get us through!

What’s your favorite part of the Harry Potter and the Forbidden Journey attraction? Let us know in the comments below.