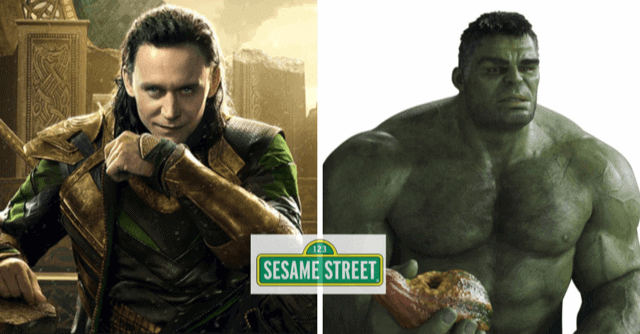 The Marvel Cinematic Universe is on the brink on entering Phase 4 and fans are excited! Marvel Studios has announced many new projects for the upcoming years, but one fan is reminiscing on an iconic scene in Marvel’s history.

It has been close to nine years since Marvel fans first saw the Avengers grace the big screen. Thanks to Reddit user, mh_envy, we can now relive one of the most iconic scenes from the film but with a twist. The video below recreates the scene between the Hulk and Loki, you know the scene where Hulk does what he does best- smash! The video contains this memorable quote by the God of Mischief above, “I am a god, you dull creature. And I will not be bullied by…”. However, it seems like some loveable Sesame Street characters have stolen the scene. Check it out below!

“I am a god, you dull creature. And I will not be bullied by… “ from marvelstudios

This quirky fan edit captures the scene perfectly and even spoofs it a bit! And this will be the only Loki footage we will see for a while- or at least until the Loki series makes its way to Disney+.

We will have to wait to see the God of Mischief, but hopefully not too long. The series just resumed production in September of 2020 after setbacks due to the ongoing pandemic. However, Marvel fans won’t have to wait too long for the new series. Loki will be released on Disney+ in May of 2021.

As for Mark Ruffalo, he will reprise his role as the Hulk in the new She-Hulk series. This series will also be premiering on Disney+.

What do you think of this fun Marvel fan edit? Let us know in the comments!