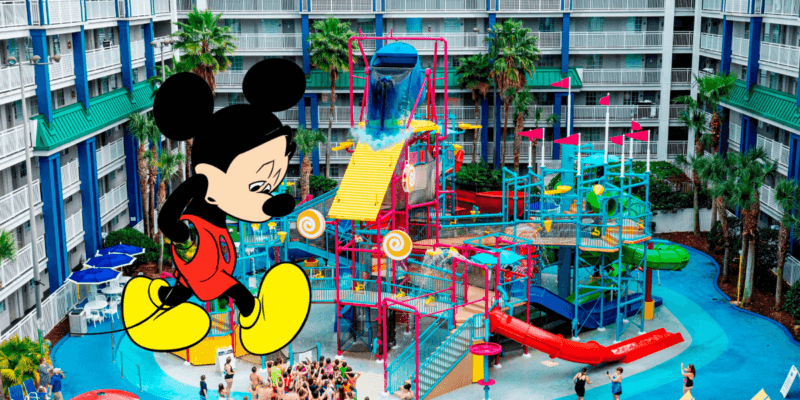 Recently, we have spoken about the $1 billion Evermore Orlando Resort, which is a brand new resort coming right next to Walt Disney World. However, while some hotel businesses seem to be growing and announcing big plans during this pandemic-era of tourism, others continue to struggle.

You may remember this hotel resort better as the Nickelodeon Hotel which was eventually turned into the Holiday Inn that it is now.  This hotel sits extremely close to Walt Disney World and allowed their guests to only need to plan for 10 minutes to get into their car and park at Disney Springs. So, why did it fail?

Of course, the pandemic hit tourism very hard all across the country — and Central Florida was no different. While we could never say for certain why some hotel chains have done better than others, it is just as disheartening to see a resort close its doors, as it is hopeful to see new ones open.

According to a report by Orlando Business Journal which details the bankruptcy and sheds more light on the financials of the Holiday Inn:

The six-floor, 777-room hotel Holiday Inn Resort Orlando Suites was built in 1999 and sits on 24.1 acres, according to Orange County records. Uccont1 LLC bought the property for $41 million in November 2014, and the seller was Family Suites Real Estate LLC. The property’s 2020 market value was $65 million, records showed.

Orlando Business Journal also says that the hotel had to lay off over 300 employees back in April.

This is not the first hotel we have seen file for bankruptcy amid the ongoing pandemic. We recently reported that three other Orlando hotels were auctioned off as they fell into bankruptcy and foreclosure as well.

That being said, while other hotels close, more open as Orlando and Central Florida have turned into the revolving door of resorts. You can read all about the new Hotels that have opened at Disney’s Flamingo Crossings here.

All of us at ITM are saddened to hear of these closures, and we hope that 2021 brings better fortune for the tourism industry as a whole.