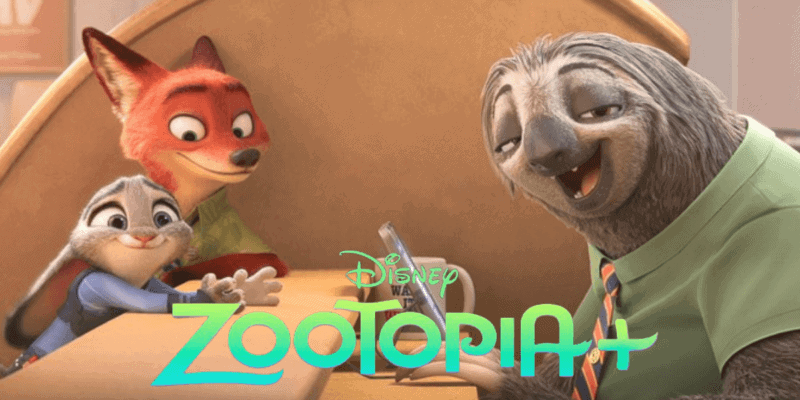 During the 2020 Investor Day event, the Walt Disney Company unveiled several new Disney+ original series coming from Walt Disney Animation and one of them was Zootopia+.

Taking audiences back to the big city, this long-form serial will no doubt bring a deeper level of detail to the fascinating world created by directors Byron Howard, Jared Bush, and Rich Moore, but what does the announcement mean for sequel films like Zootopia 2?

Several months ago, we reported that Disney was rumored to be going back to Zootopia for two sequels. The story was based around Tommy “Tinny” Lister (Finnick) when he said the following at a fan meet and greet:

“I can tell you for sure I’m doing another Zootopia with Disney. We are doing three of them… We are the biggest film that Disney is producing. The last one was 240 million. This one I’m hearing will be 300 million. That’s what they spent on the budget, not the advertising. But the movie made 2.6 billion, with merchandising and the box office.”

The video in which he broke this news was almost immediately taken down from social media and not much has been said about the supposed projects since. But, it is worth noting that Disney never explicitly denied the project.

While the film starring Jason Bateman (Nick Wilde) and Ginnifer Goodwin (Judy Hopps) did not end on a cliffhanger, it did leave fans with a complex and diverse world completely established and ready to be further explored — not to mention an awesome police force run by Chief Bogo (Idris Elba). In their Investor Day announcement, Disney made it clear that Zootopia+ would be exploring more of this new world with several of the fan-favorite characters returning.

While it is too soon to tell right now — especially since Disney never confirmed the existence of a second or third feature film –, Zootopia+ could very well be the aforementioned sequel project. Rather than spending only two full-length movies, Disney might be taking advantage of their streaming platform to tell a longer-formatted story.

The summary of Disney’s Zootopia (2016) reads as follows:

From the largest elephant to the smallest shrew, the city of Zootopia is a mammal metropolis where various animals live and thrive. When Judy Hopps (Ginnifer Goodwin) becomes the first rabbit to join the police force, she quickly learns how tough it is to enforce the law. Determined to prove herself, Judy jumps at the opportunity to solve a mysterious case. Unfortunately, that means working with Nick Wilde (Jason Bateman), a wily fox who makes her job even harder.

Zootopia+ is due on Disney+ in 2022. Disney is also in the middle of completing a Zootopia-themed land at Shanghai Disney Resort.

Do you think Disney will still make Zootopia 2 and 3? Why or why not? Let us know in the comments!