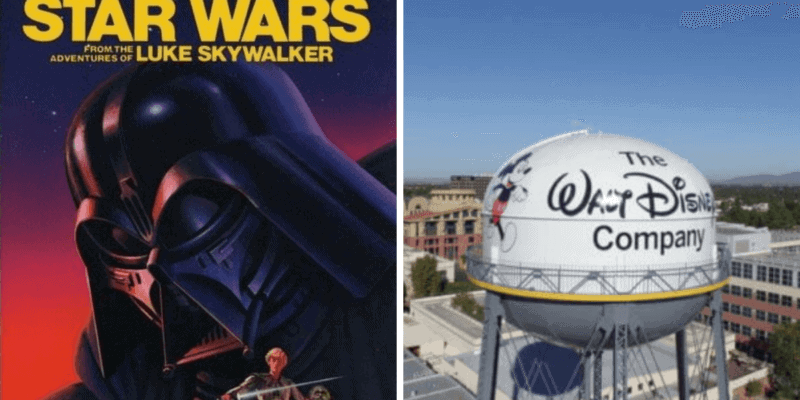 Earlier this year, we at Inside the Magic shared the story of how Disney refused to pay Star Wars writer Alan Dean Foster royalty checks for his novelizations of Skywalker Saga films.

But it now appears that Foster is not the only writer having difficulty getting Disney to pay up, and this is not a new issue.

According to The Wall Street Journal, The Walt Disney Company stopped distributing royalties to writers like Foster after acquiring Lucasfilm in 2012, and now that Disney acquired other properties like 20th Century Fox (now-20th Century Studios) — for which Foster wrote the novelization of the horror film Alien — the story of missing royalties continues. And other writers are speaking out.

Empire Strikes Back novelist Donald Glut, and Return of the Jedi novelist James Kahn both admitted that they are missing royalty checks, too. Other writers who novelized franchises from Buffy the Vampire Slayer to Indiana Jones also report missing royalties.

Disney initially responded by saying that it purchased the rights of the novels when it acquired the parent properties Lucasfilm and 20th Century and no longer needed to pay royalties. But a Disney spokesman has since come forward, and said, “We are carefully reviewing whether any royalty payments may have been missed as a result of acquisition integration and will take appropriate remedial steps if that is the case.”

While the royalty payments are expected to be a small percentage of Disney’s profits — especially with Lucasfilm’s properties — the more daunting task appears to be calculating how much Disney owes its writers over the past six years. That requires tracking down the sales of every book under every author’s name in every market around the world.

Foster’s agent estimates that he “had made more than $50,000 in royalties on the original Star Wars novelization alone before the checks stopped in 2012.”

The Science Fiction and Fantasy Writers of America association was the first to help Foster go public with his fight, and calls other writers with similar stories to come forward. The association warns Disney that if a resolution is not reached, they will start diverting their writers away from its publishing companies.

What do you think of the situation? Let us know in the comments!