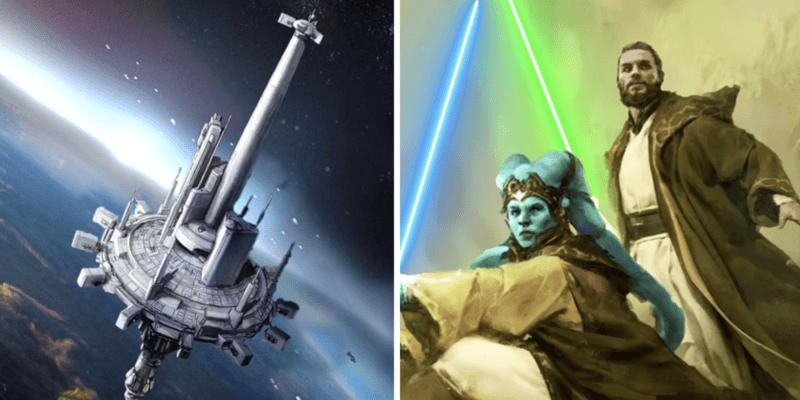 Taking a cue from the success of popular series like Star Wars: The Clone Wars and Star Wars Rebels, we’re set to return to an animated version of a galaxy far, far away in more than the upcoming Bad Batch series.

As per a report from Cinelinx:

…I’ve heard from a handful of sources that three new animated series are currently in various stages of development, one of which would be set during The High Republic era. This January, Lucasfilm/Disney are kicking off a new publishing initiative that ushers in a brand new, unexplored, period of time in Star Wars.

We have previously reported on The High Republic graphic novels, which are set to introduce a host of new characters on both the light side and the dark side of the Force. The era — the pinnacle of Jedi Order culture — has not been significantly explored anywhere in Star Wars canon materials, in spite of being the very foundation on which the universe is built.

It will be undeniably exciting for Star Wars fans to get to learn more about this era in which the Jedi reigned supreme and will, perhaps, help us understand more about the First Jedi Temple on Ahch-To and other locations on Star Wars planets.

It would be thrilling to see some of these Temples not as ruins, but as illustrious cultural centers.

Cinelinx’s article continued with some additional information about what could be ahead for The High Republic age:

Being set a couple hundred years before the events of the films opens up a wide range of storytelling potential and I’m already in love with it. From what I’ve heard, this is definitely among their new sandboxes to play in for stories.

Despite being initially announced as a “publishing” project, I’d heard even last year that it was being considered as a “multimedia” project that would span other mediums as well…this actually isn’t the first time I’ve heard The High Republic mentioned in terms of a TV show. I had heard whispers of a potential live-action series happening as well, but I’m not sure if that’s still in the cards or some wires got crossed and it was always about an animated project.

There were, at one point, rumors that Leslye Headland’s female-centric Disney+ Star Wars live-action series would be set in this era — we know it will explore a “new part of the timeline” — but precise details have not been released.

Lucasfilm has officially outlined The High Republic initiative as:

…[previously] referred to as “Project Luminous”, [The High Republic] will be set in an era when the Galactic Republic and the Jedi Order are at their zenith, about 200 years before the events of Star Wars: The Phantom Menace. This period on the Star Wars timeline will not overlap any of the filmed features or series currently planned for production, giving creators and partners a vast amount of room to tell Star Wars stories with new adventures and original characters.

“Star Wars: The High Republic features the Jedi as we’ve always wanted to see them — as true guardians of peace and justice. This is a hopeful, optimistic time, when the Jedi and the Galactic Republic are at their height. But of course, into this glorious new era something wicked this way comes,” says Lucasfilm publishing creative director Michael Siglain.

Are you looking forward to seeing more from the Golden Age of the Jedi? What types of characters are you hoping to meet in the upcoming animated series, which will presumably air on the Disney+ streaming platform?