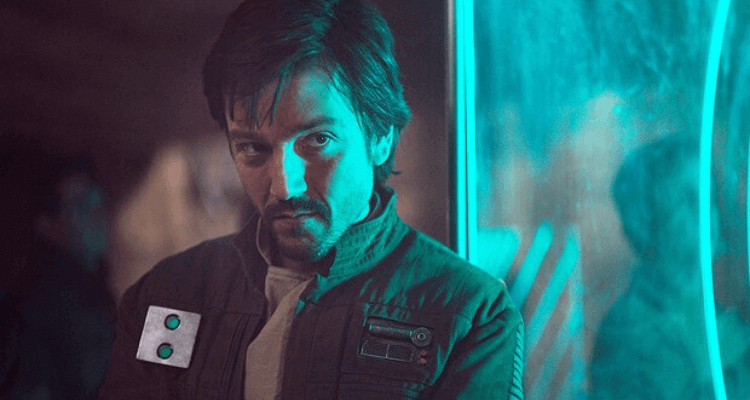 Diego Luna, the actor who brought Cassian Andor to life in Rogue One: A Star Wars Story has provided an update on the prequel series centered around his character.

“It’s basically everything you have to know to understand Rogue One,” Luna said of the upcoming series while appearing on Jimmy Kimmel Live. “The story of the character before. I can spoil the ending I guess!”

In a rather confusing exchange with Kimmel, Luna reiterated that this series will be a prequel to Rogue One–which is a prequel to Star Wars Episode IV: A New Hope–but is not a sequel to the prequel trilogy.

“It’s nice to go into a story you already know the ending,” the actor added. “Now you can take the nuances and the layers. I think it’s fun to do something that isn’t just about getting to the end. It’s about delaying that.”

Luna also confirmed that the show is currently in production, filming in London.

For those who have not seen Star Wars: Rogue One, it focuses on a brave group of rebels led by Cassian Andor to get the Death Star plans to the Rebel Alliance which they would use to blow up the space station in A New Hope.

The synopsis already known about the Cassian Andor series states that the show will follow “adventures of Rebel spy Cassian Andor during the formative years of the Rebellion and prior to the events of Rogue One: A Star Wars Story…The rousing spy thriller will explore tales filled with espionage and daring missions to restore hope to a galaxy in the grip of a ruthless Empire.”

New details, however, have yet to be unearthed, and the main Star Wars focus remains on the latest season of Jon Favreau’s The Mandalorian on Disney+.

Are you excited about this upcoming Star Wars series? Let us know in the comments!