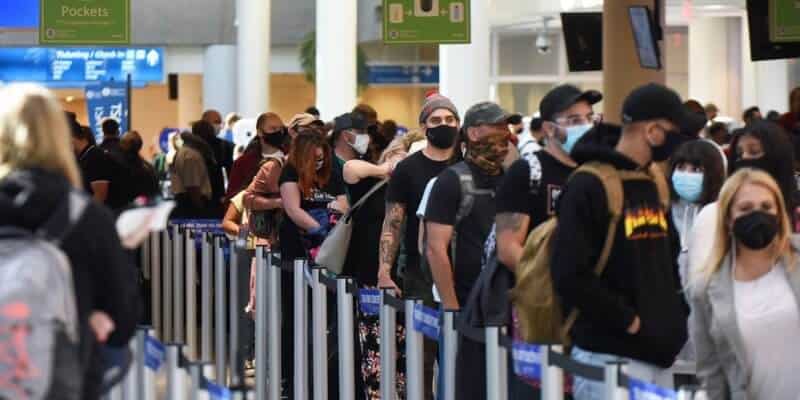 When it comes to traveling to Disney World during the pandemic, the thought of flying can be a bit scary. The Orlando International Airport (MCO) is a major hub for tourists in the United States and getting through it without running into a crowd seemed nearly impossible, until now.

Recently, the Orlando International Airport has teamed up with SYNECT to input an Evenflow Crowd Radar system that can measure the number of people at each gate and delivers that message to scout where crowds are being formed. Basically, there will be color-coded light posts that feature various technologies, including Lidar, heat mapping/Safe Space, and ReadySeeGo, which can analyze the crowds of people around them so that people can decide whether or not that is an area they would like to move towards.

For now, the pilot project will be lasting several months between gates 101-109 at Orlando International Airport, and if it proves to be successful, Evenflow Crowd Radars will be implemented airport wide.  If you have traveled to Disney World and had to fly in during the pandemic, you likely have experienced the heavy crowding that exists there. I personally flew a couple of days before the Evenflow Crowd Radars were implemented, and can say that social distancing at MCO is not strictly enforced whatsoever.

The radars will be helpful for crowded areas, but the main issue at MCO is the security lines, and the lack of social distancing within it. From my experience, the lines are not at all spaced, and when people are pushing up against you, you have to be the one to ask them to move away. Therefore, the Evenflow Crowd Radars may do good in larger areas, but if Orlando International Airport wants to implement money to create a safe space, social distance markings must be placed on the floor, and social distancing must be verbally enforced by a person, not an automated announcement.

Nevertheless, once you make it through security, knowing what areas of the airport will be less crowded will be a huge relief for those traveling to or from Disney World.

Want to know more about the new system? Watch this video below:

Do you think the Evenflow Crowd Radar is worth it?