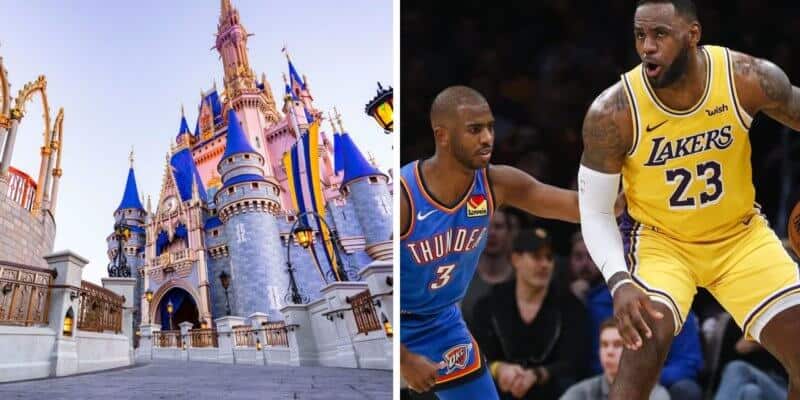 2020 has been a wild ride. So much that has happened, and it is hard to keep track of everything, like the NBA 2020 season being held at Disney World this year. Without Disney World offering up the ESPN Wide World of Sports complex, alongside many of their hotels such as Disney’s Grand Floridian Resort, the 2020 NBA season may have not been able to go on as it did. Now, it seems that the NBA players are giving back to the community that allowed them to play out their basketball season.

If you have followed the Disney news cycle in the past few months, you likely know the Walt Disney Company has now laid off tens of thousands of Cast Members, many of which were from Disney World. Once this happened, food banks such as the Cast Member Pantry began to spring up to help Cast Members who may need assistance after losing their jobs.

Cast Member food banks are in need of more food donations with the holiday season fast approaching, and it seems like some NBA players heard that call and stepped up to help. The Local 737 union is running a Cast Member food bank that represents Disney World hotel housekeepers and other hospitality workers — the exact Cast Members that took care of all the NBA players while they were there. And now, thanks to their generous donations, the food bank will easily stay up and running for the next month.

The Orlando Sentinel reported a statement from Michele Roberts, executive director of the NBPA, “Our hope with this donation is to say ‘thank you’ and extend the same kindness to the Members of Local 737 that they extended to our Members this past summer and fall. This has been a tough year – especially for these folks and their families.”

With lines stretching 2 miles long full of Cast Members waiting to receive a bag of food, Local 737 President Jeremy Haicken stated, “With thousands of workers still out of work and receiving Florida’s meager unemployment benefits, there is a massive need to provide food to workers’ families. We are deeply grateful to the NBA players and their union for this generous donation.”

If you want to know how you can help Cast Members during this difficult time, click here for a full list of ways you can say thank you for all the magic they’ve created.