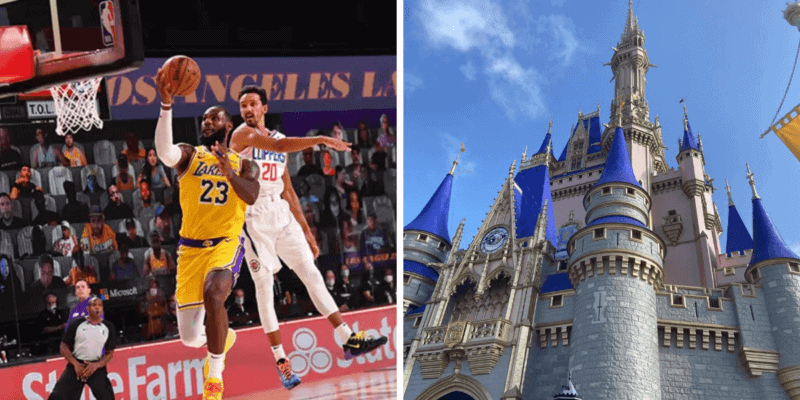 For the third straight week, the NBA has reported that no players have tested positive for COVID-19 inside the Disney Bubble as the league engages in the first week of games.

The NBA and NBAPA stated in a press release on Wednesday, August 5:

“Of the 343 players teste for COVID-19 on the NBA campus since test results were last announced on July 29, zero have returned confirmed positive tests.

In the event that a player on the NBA campus returns a confirmed positive test in the future, he will be isolated until he is cleared for leaving isolation under the rules established by the NBA and the Players Association.”

The NBA has released these weekly updates after two players tested positive while still in the initial quarantine stage of the recommencement of the season. Those players were immediately told to leave Disney’s campus to self-isolate. No players have tested positive since, even as more and more liberties involving personal interactions have been allowed.

The NBA restarted season games on July 30, and according to The Athletic, the remaining 2019-20 NBA season is set up as the following:

During this time, players are also allowed to begin inviting their own guests into the NBA’s Disney Bubble at their own expense. Players are allotted 15 hotel rooms each.

As of 2:00 p.m. EDT August 5, over 20 NBA season games have already been played in the Disney Bubble since the official restart July 30. That is over 20 games without a single positive test. According to NBCSports, an average of six games a day have been scheduled to be played between August 1 and August 14.

Are you still shocked that no NBA players have tested positive? Do you think that will change? Let us know in the comments!