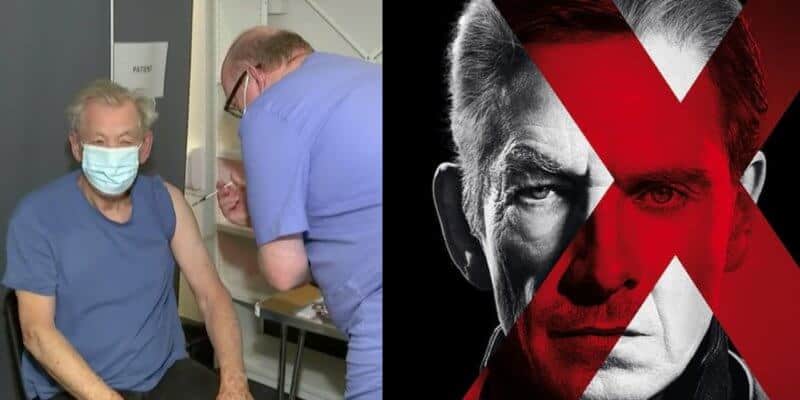 With Pfizer having the COVID-19 vaccine approved in many countries now — including the United States — many are looking to see when they are able to get vaccinated for the virus. Well, it seems that even mutants (and clocks, shoutout to McKellen’s Cogsworth in the live-action Beauty and the Beast) are not immune to the coronavirus and have to get vaccinated.

Marvel veteran and X-Men actor Ian McKellen — who fans will recognize as Magneto in the X-Men films — has just received the vaccine and showcased a photo of it on Twitter, encouraging others to join in. He stated:

I feel very lucky to have had the vaccine. I would have no hesitation in recommending it to anyone.

I feel very lucky to have had the vaccine. I would have no hesitation in recommending it to anyone. https://t.co/gBLRR0OeJc

McKellen has received the first of the required 2 doses (if you choose to get the COVID-19 vaccine) and is very grateful to the NHS. ITV reported that Sir Ian McKellen said, “Next time I come, well no, six days after I next come I’m going to give them all a big hug – is that allowed? I don’t know,” when talking about the NHS and the fact that they gave him the opportunity to get the vaccine.

It is clear that the Marvel star is a big fan of the Pfizer vaccine as he describes it as, “…invasive of course, it looks like a weapon – a needle – but it isn’t, it’s a friend! I would encourage everybody to do the sensible thing, not just for themselves but for everybody else because if you’re virus-free that helps everybody else, doesn’t it?”

Sir Ian McKellen starred as Erik Lehnsherr/Magneto in X-Men, X2: X-Men United, X-Men: The Last Stand, The Wolverine, and X-Men: Days of Future Past. Which, according to Fandom, Magneto was:

“a mutant with the ability to manipulate magnetic fields to his will and control metallic objects. He was a founding member of the X-Men, but left the group to form the Brotherhood of Mutants.

Magneto firmly believed that mutants should fight back against their human oppressors by any means necessary, an ideal that conflicted with the goals of his longtime close friend Charles Xavier, who sought a more pacifist approach to mutant prosperity. As such, Magneto was often an adversary to the X-Men, but would team up with them when the situation called for it.”

Do you want to join the Marvel actor and receive the COVID-19 vaccine?