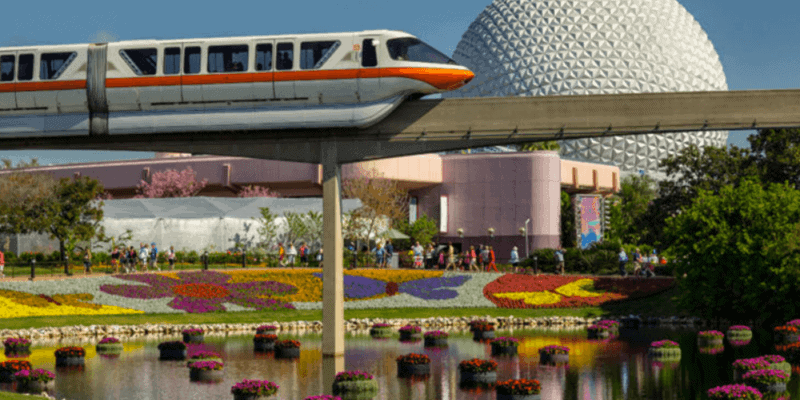 Park Hopping is finally returning to the Walt Disney World Resort, but, unfortunately, it appears that one Park Hopping feature will still be out of service.

After speaking with Disney World Guest Services, Inside the Magic can confirm that the EPCOT Monorail will continue to remain suspended until further notice. This news was shared with us today, December 30, suggesting that it will remain inoperative through January 1, 2021, and the return of Park Hopping.

When Disney World reopened its theme parks this summer — with Magic Kingdom reopening first and then followed by EPCOT two days later — it was announced that monorail transportation would only run from the TTC to Magic Kingdom as well as service the monorail resort hotels — Disney’s Grand Floridian Resort and Spa, Disney’s Polynesian Village Resort, and Disney’s Contemporary Resort.

The continued suspension made sense as Guests’ ability to go from the Magic Kingdom parking to EPCOT was also suspended two-fold. Disney’s Park Pass reservation system helped Disney enforce crowd control as well as allow Guests to only visit one park per day.

If Guests are planning to visit EPCOT, they are able to park at the theme park since they have a Park Pass, or they could opt to take limited bus transportation from any of the Resorts to EPCOT.

From the moment Disney World announced that Park Hopping will return on January 1, 2021, many immediately began to speculate if or when EPCOT Monorail service would in fact begin again now that Guests can once again move from one park to another, especially after Disney confirmed that park-to-park transportation would begin once again. However, it looks as though this won’t be the case and the EPCOT Monorail service remains suspended until further notice.

In the meantime, park-to-park transportation will be available via Friendship Boats and Disney Skyliner–both of which provide transportation to and from EPCOT and Disney’s Hollywood Studios–and Disney World Bus Transportation. We at Inside the Magic will keep our ears to the ground and will update our readers as soon as we learn any more information about the Walt Disney World Monorail System restarting service to EPCOT.

Related: Disney Modifies Park Hopping: What We Know for 2021

Did you know you can start planning your 2021 Disney World vacation right now? If this gets you craving a trip back to Disney World, reach out to our friends at Academy Travel! Academy Travel agents are standing by ready to help you make this Disney vacation as magical as possible! Click here to get started and receive your free, no-obligation quote today!