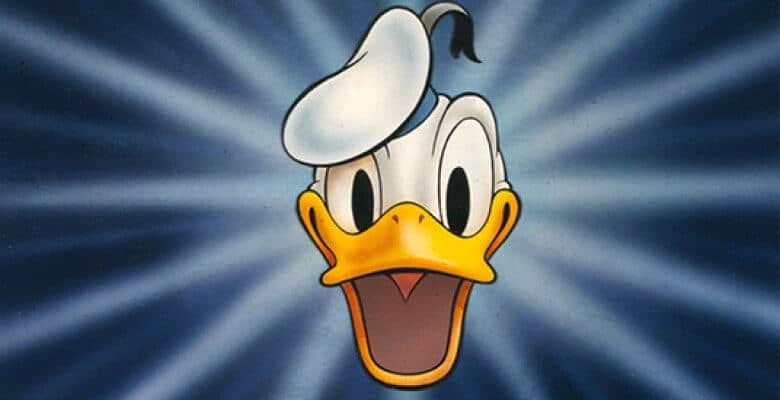 Out of all the classic characters to come out of Walt Disney’s animation studio, I believe none are as great as Donald Duck. While Mickey Mouse has always shone as the all-time recognizable and favorite icon–which is a role he deserves–no character deserves our respect and admiration more so than Donald.

ScreenRant offered their own reasoning, comparing Donald to Mickey, but I really think they got it wrong.

Sure, Donald is mostly known for his iconic speech impediment–Donald Duck was originally voiced by Clarence Nash and is now voiced by Tony Anselmo–, temper tantrums, and his screwups. Yes, he has a bit of a darker side, and we all laugh at how he goes insane as the world around him seems to intentionally work against him. Still, it is beneath that superficial cartoon exterior that we find the best of any Disney character.

Here are five reasons why I believe Donald is the best classic Disney character:

Donald Duck is the Most Empathetic Character

We all know what it is like to have the world seemingly work against us in one way or another. From having to change a tire in the middle of nowhere to kids misbehaving and fights with significant others, Donald is the one who deals with it all.

He is also a mirror to remind ourselves of when ambition and frustration cause us to cut corners and treat people less than they deserve, of the times it seems like we have run out of all our good luck, and of the times when it seems like nobody can understand us–literally. We’ve all been there.

And the best part of all? By going through it all in his classic, cartoony way, he helps us laugh it off.

Donald Duck is an Army Veteran and WWII Hero

When the U.S. Army all but took over the Disney studio during the Second World War, Walt Disney’s team created some propaganda cartoons in which Donald Duck joins the army. He turns in his draft card like a good American, and while his dream was to become a pilot in the Army Air Corps (now the U.S. Air Force), he gets placed in the infantry. He gets deployed in the Pacific Theater and ends up becoming an Army commando, taking out an entire enemy airbase by himself.

In these shorts, I think Donald stands out from the others because he displayed his classic American bravery and patriotism. Something his friends never did.

Sure, Mickey has Minnie, and we see Goofy take on more of a “family man” role in his post-war-era cartoons in Disney Channel’s Goof Troop and Goofy Movie films, but Donald Duck has been the one who has worked harder than any other classic character to build his own family and keep it together.

Without a single question, he takes in his three nephews Huey, Dewey, and Louie.

He may have had an old-school, politically incorrect parenting style in the older shorts picking on his nephews half the time, but Donald still had their best interests at heart and will do anything for them. Besides, those mischievous kids knew how to throw it back and ended up deserving a spanking or two at some point (and taught me and every kid since why it is so important to move fast and look innocent.)

In Disney’s DuckTales reboot, Donald’s fight for family really came to the forefront. Rather than playing the Uncle that had them over every once in a while and liked to mess with them, Donald was a father in almost every sense of the word to Huey Dewey and Louie, and he learned to channel his anger into protective instincts.

Here’s a clip from the DuckTales episode, “What Happened to Donald Duck?” that defines it perfectly:

Donald Duck Goes to the Ends of the Earth for Daisy

As dedicated as he is to family, I see Donald as being equally dedicated to making Daisy a part of it. Since she was introduced, Daisy and Donald Duck have been portrayed far more realistically than Mickey and Minnie. Donald and Daisy fight. A lot. And while Donald is out juggling jobs, his nephews, and his overall lack of natural luck, he has a constant fear that one day, Daisy is going to leave him for someone better.

Yet, they continue to stand by each other, and Daisy continues to be a source of inspiration to Donald to keep bettering himself. Especially his tantrums. From him pretending to be a sailboat captain to undergoing a scientific experiment to rid himself of his hanger, Donald’s desire to keep Daisy around is best illustrated in the Mickey Mouse cartoon shorts on Disney+.

Donald Duck is the Most Patient and Optimistic Character

Yes, he is. Mickey and Minnie see the world through rose-colored glasses, and Goofy–Walt love him–seems to live most of his life in blissful ignorance.

Forget about the temper tantrums for a minute and look at his legacy on a higher level. Donald Duck does not give up. Things always go wrong for Donald, whether he does something to deserve it, or it is one of those moments when the world just seems to work against him. Chip and Dale, for instance, personally brought down at least two of Donald’s jobs and stole from him countless of other times. Yet, again and again, we see him trying to do one thing: be happy and at peace! Every Donald-focused short begins the same way: Donald is smiling. Happy and relaxed.

I believe a person’s patience and optimism can only be measured by how much they are both tested. Mickey often has it way too easy compared to Donald, in my opinion.

Walt Disney’s Donald Duck serves as a constant reminder for all of us to be brave, keep searching, hold family close, and never give up no matter how great the odds are against you. That is why he will always be the best Classic Disney Character to me.

What do you think about Donald Duck? Where do you think he ranks among the other classic Disney characters? Let us know in the comments!