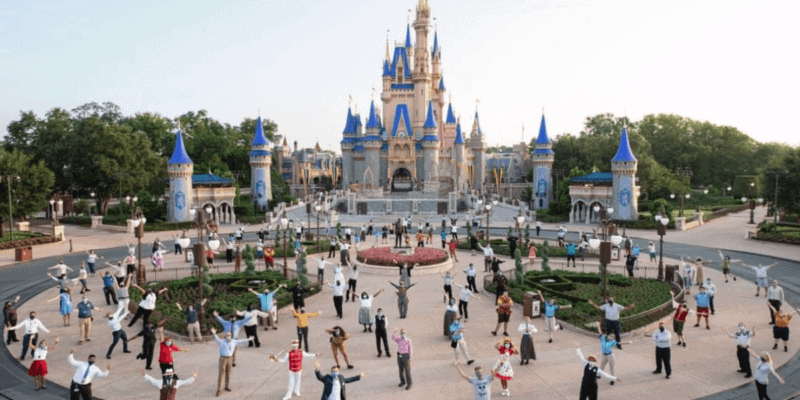 2020 has been a tough year for The Walt Disney Company, especially its theme park division. After tens of thousands of Cast Members have been laid off amid the ongoing pandemic, it seems that there may be a light at the end of the tunnel.

Fox 35 recently reported that Cast Members have begun getting recalled to Walt Disney World Resort, as more Guests continue to flock to the vacation capital. Jeremy Haicken, president of Local Unite Here 737 mentioned, “People have been recalled steadily since the summer. Business is picking up. Which is good and people are staying safe.”

Since Thanksgiving weekend, Disney World has seen a 77%  increase in bookings, which has allowed them to continually hit their capacity limit day after day, in many cases. At the moment, we know that Disney World’s capacity is at 35% with Disney Park Pass reservations being sectioned off into three groups: Annual Passholers, Disney Resort Guests, and Theme Park Ticket Guests.

However, the increase from 25% to 35% was done silently, therefore the number could presumably increase once again without a public announcement. Considering business is beginning to pick up and more Cast Members are needed to accommodate more Guests in the parks, a higher capacity does seem plausible, though another increase has not yet been announced.

Cast Members, however, are beginning to see hope. Disney World server Nick Caturano said to Fox, “I love the job at Disney. It’s been wonderful to interact with people from all over the world and hopefully, we get that again.” Caturano, who had been laid off, was recently put on a list for part-time alternates and noted that it was, “a surprise and it’s hopeful because we didn’t see that happening as soon as it has, but that could still be a ways off.”

Note that, although some recalls are occurring, thousands of Cast Members are still out of work, both at Disney World and at Disneyland.

Unfortunately for Disneyland Cast Members, with Disneyland and Disney California Adventure remaining closed and with an ongoing stay-at-home mandate in place for Southern California, it seems that Cast Members on the west coast will need to wait a little longer to return to the magic.

Hopefully, with a vaccine on the way, not only will Disneyland Resort reopen, but many Guests who have held off travel will continue to return to the parks. That demand will only allow Disney to bring back Cast Members to the theme parks in both Florida and California, and we can’t wait to see them back in the parks!

If you are looking for ways to help these Cast Members, check out our resource article here.