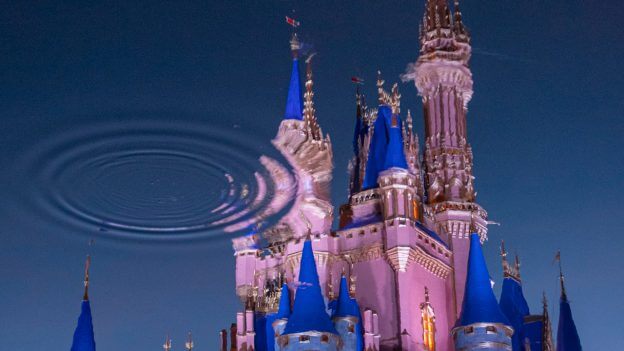 More news has come to light surrounding the mass layoffs at Disney Parks, Experiences and Products. As of this week, it has been officially announced that, in total, over 32,000 Disney employees will be terminated by the first half of fiscal 2021.

Note that this number includes the 28,000 layoffs that were announced in September 2020. This means that 4,000 additional Disney Parks, Experiences and Products employees are being laid off, and their terminations will take effect within the next few months.

NEW, from Disney’s 10-k filing: “Overall, approximately 32,000 employees will be terminated in the first half of fiscal 2021.” Per a Disney spokesperson, that includes the 28,000 in layoffs Disney Parks announced in September. $DIS

NEW, from Disney's 10-k filing: "Overall, approximately 32,000 employees will be terminated in the first half of fiscal 2021." Per a Disney spokesperson, that includes the 28,000 in layoffs Disney Parks announced in September. $DIS https://t.co/zsxVdHllBm

Per the Variety article:

“Due to the current climate, including COVID-19 impacts, and changing environment in which we are operating, the Company has generated efficiencies in its staffing, including limiting hiring to critical business roles, furloughs and reductions-in-force,” said the company in the SEC filing. “As part of these actions, the employment of approximately 32,000 employees primarily at Parks, Experiences and Products will terminate in the first half of fiscal 2021.”

If you are a Cast Member in need of assistance, click here for resources.

If you are looking for ways to help Cast members, click here for more information.

When Disney announced the layoffs of 28,000 Cast Members back in September, Disney Parks, Experiences and Products Chairman issued the following statement:

The Disney Parks Chairman has not yet issued a formal statement about the additional 4,000 employees being terminated from the company. A Disney investors call is scheduled for December 10, and we hope to learn more information about Disney operations and plans for the future at that time.

At this time, the theme parks and hotels of the Disneyland Resort are still temporarily closed, although Downtown Disney (and, by extension, Buena Vista Street in Disney California Adventure) are open and have brought hundreds of Cast Members back to work. Thousands of Cast Members have been back working at Walt Disney World Resort since it reopened months ago, although with entertainment and other offerings still being suspended due to the pandemic, there are still thousands who have lost their jobs.

If you want to support Cast Members during the holiday season, purchase from their small businesses.

Our hearts go out to all 32,000 Disney employees affected by these layoffs. We will share more information as it becomes available.