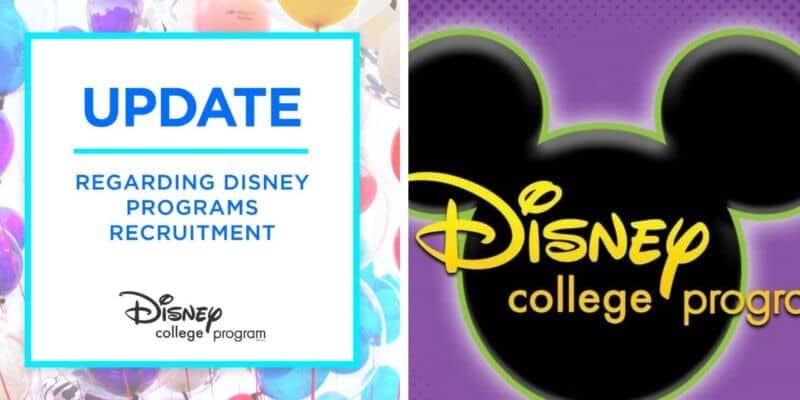 When Disney World closed back in March due to the coronavirus pandemic that has shaken the world, they also suspended its programs.

The Walt Disney Company has various programs for students, to people all over the world that allows them to have the experience of a lifetime and work at a Disney theme park, which has been ongoing for the past 40 years! Disney World, holding the largest amounts of Disney Program Cast Members, especially College Program participants has now spoken out on the possible return, which until now, seemed quite bleak.

Disney values the return of Disney Programs. We look forward to sharing more updates as they come.

Disney values the return of Disney Programs. We look forward to sharing more updates as they come. pic.twitter.com/36BD6bdCVM

From the Disney College Program to Disney’s Cultural Representative Program (the reason EPCOT’s World Showcase is so ethnically diverse), all Cast Members had their programs end early. The program participants were all understandably sad — for many College Program participants, they may have aged out of the program after this year and were stripped of their time at Disney World.

Now, we can see that Disney is still putting a pause on the College Program as they have not recruited participants for the upcoming semesters and are still uncertain as to when they will resume their Disney Internships & Programs. It seems that Disney is not looking to end their programs, which is a reassuring light to hear for many Disney lovers who wish to one day participate in them, however, the return still seems quite uncertain.

Disney suggests interested program and intern participants to head over to disneycareers.com to get all the latest updates on what is going on in terms of recruitment. For now, it seems that future Cast Members who wish to join will have to keep their fingers crossed that the program they are hoping to join reopens while they still are able to participate and apply!

Do you want to go back to Disney’s College Program?