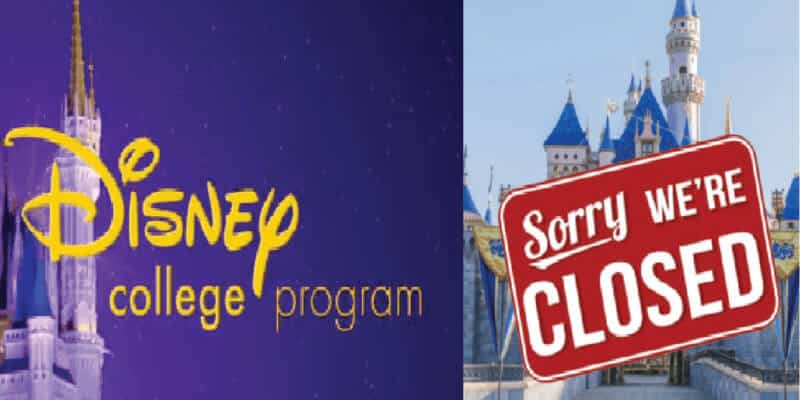 When Disney announced the Disney college program suspension on Saturday, it was a serious blow to many people. In one email, the dreams of so many Cast Members in the middle of their programs or aspiring participants were hit with an unprecedented roadblock. Since then, emotions have been high online, with Cast Members sharing their last moments at the parks and heartbreaking farewells to their fellow workers.

As a former college program participant from this past Fall, I understand how devastating this situation is. Unfortunately, accompanied by the announcement of the suspension has been an immense backlash towards the Disney company for the decision and how they handled it. But Disney did (and is continuing to do) everything that they can to support the Cast Members affected by this crisis.

There Was No “Right Time” For Disney To Make The Decision

We can all agree that we are gaining new information on how to grapple with this global pandemic every moment of every day. Two weeks ago, we had no idea that every single theme park in Florida would be closed later in March. The scale in which the Coronavirus is affecting not only the US, but the entire world, is too large for any of us to have been prepared for. If Disney had made the decision earlier on to suspend the College Program, it would have inevitably faced backlash as well from people who claimed that they made the decision prematurely.

A common theory online is that the company “knew” that the suspension would be happening but purposefully withheld the information from the Cast. But decisions of that scale are not made lightly, and serious discussions must be made before making things like that public.

While it is fair that giving the CP’s only four days to pack their things and leave the apartments was a very short amount of time, there are many things to consider. We currently don’t know if a state-by-state domestic travel ban will be put into place, and if it is, how soon it will be. By giving the CP’s a tight window of time to leave the apartments, Disney is ensuring that they begin to make the necessary travel decisions that they need to before that potentially goes into effect and they are stranded in a state without housing.

Furthermore, Disney has since released a statement that they are ready and willing to do all that is necessary to make sure the CP’s find ways home. In a statement directly from Disney Internships and Programs, “Please know that no one will be without accommodations. We are working with each individual resident to help find the right solution to each unique circumstance.”

We know these are extremely difficult times & appreciate your continued understanding. We are basing our decisions on the safety and well-being of our Cast Members and Guests. No one will be without accommodations. Please read our letter to you. pic.twitter.com/cFJR7QO1H7

One of the highlights of doing the College Program can sometimes be the fun nights in with your roommates in your apartments after long shifts. In our current environment, however, it would have surely been more dangerous. Some College Program apartments host up to 8 participants, sometimes with 3 people sharing a room.

A common critique of the company currently is that Disney should not have made the participants leave the apartments that they were living in. Conversely, if Disney had allowed the participants to remain in the college program housing, it would have been an incredibly irresponsible move. With the emphasis currently on social distancing, keeping CP’s in such close quarters would have been the opposite of what is currently necessary for their safety.

In efforts to rectify the difficulty of the situation, College Program Participants had the fees of their housing waived, will be paid through the remainder of the month, and additional services are being offered to support them during this time, such as bussing from the housing complexes to Orlando International Airport.

This just in: Beginning tomorrow, Monday, March 16, a temporary bus route will be added, traveling between the housing complexes and Orlando International Airport. Check your email for more details! ?

The Disney College Program is being Suspended, Not Terminating The Cast Members

As a Cast Member in the college program, you often hear rumors about being “terminated” for certain reprehensible actions that will land you on an unfavorable rehiring status. Sometimes, this includes leaving the program early, and not “officially” completing the program. 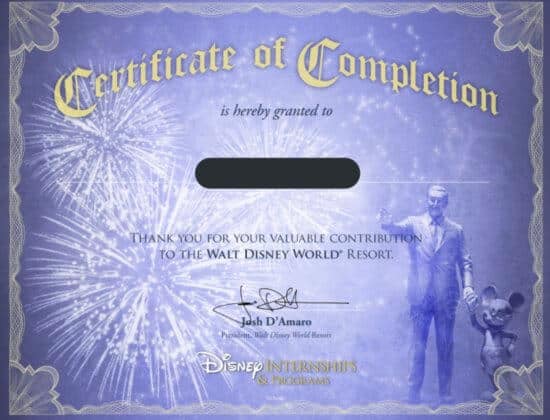 Disney has made it very clear that Cast Members that are being sent home during their current programs will have the opportunity to return to work for the company in the future if they desire, declaring them as having “completing” their programs if their academic institutions need the confirmation for school credit.

This will at least leave a window of hope for College Program participants who had planned to fulfill their dreams of staying with the Walt Disney Company and continue to make magic in the future.

Safety is the First Key

As any Cast Member will tell you, safety is of the utmost importance while working at the parks. This extends to both guests, and Cast Members. It’s clear that this is not the optimal situation for the company and Cast alike, but to brand Disney as making the “wrong” decision when doing what was in the best interests of the Cast seems shortsighted.

This is not to say that there are many nuances that are affecting certain Cast Members. International College Program participants may face even more difficulties returning to their home countries in the midst of the epidemic. Cast Members that have extended their programs, that have since moved off-property and are now unemployed are facing even more obstacles. Please know that we see you and hear you, and that your Disney community is actively online reaching out and doing everything that they can to support you during this time.

Related: “From All of Us at ITM: Thank You, Disney Cast Members, For Everything!”

Were you affected by the Disney College Program suspension? Let us know about your experiences in the comments below.