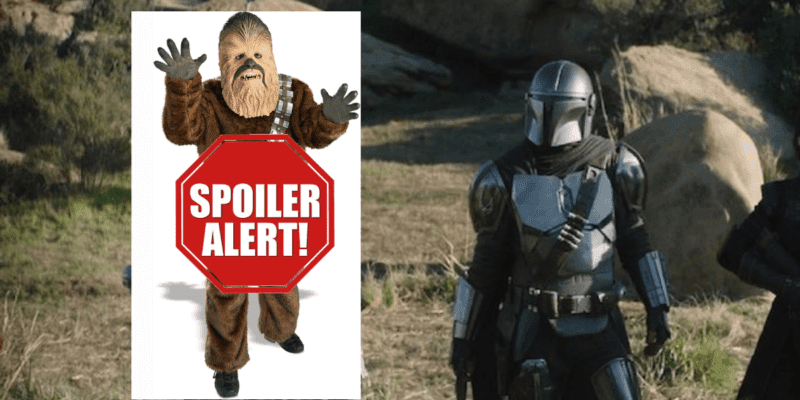 After waiting 13 episodes and what seems like years, Star Wars: The Mandalorian officially introduces Temuera Morrison as the now-aged and war-torn bounty hunter, Boba Fett.

Months of rumors, many of which were covered by us here at Inside the Magic, Season 2 opened with tease after tease, beginning with Timothy Olyphant wearing the Beskar armor, and catching a glimpse of what looked like him at the end.

A few more episodes go by, not so many more teases as eyes turned to icons of Star Wars Clone Wars and Rebels Bo Kataan and Ahsoka Tano making their live-action debut, and we learned Baby Yoda’s real name and backstory. But “Chapter 14” brought us back to Boba.

We saw Slave I–as expected–tail Din Djarin’s Razercrest as it descended to the surface of Tython–the planet Ahsoka told him to take Grogu–and after the typical “we don’t know we’re friends yet” stand-off, Boba dawns his armor to help Djarin take down some stormtroopers.

Star Wars fans learn a good deal about Boba Fett and his father Jango. Apparently, Jango was a foundling like Djarin, taking up the ways of his Mandalorian guardians allowing Boba the right to wear the sacred metal. Morrison played Jango as well as the clone soldiers made from his DNA in the Star Wars prequel movies. It makes sense that he returns to play Boba since Boba was also Jango’s clone. Just unaltered, growing at the rate of a normal human.

The episode also reunited Mando with the bounty hunter Fennec Shand, just a few days after actress Ming-Na Wen teased fans by urging them to start their own #FennecLives petition.

Unfortunately, this episode gives fans very little time to celebrate. Grogu is finally captured by the Empire and taken into custody by Moth Gideon leaving Mando desperate to hunt him down.

“Chapter 14” of Star Wars: The Mandalorian is available for streaming now only on Disney+.

What did you think about “Chapter 14” of Star Wars: The Mandalorian?

Comments Off on ‘Mandalorian’ Officially Reveals the Return of [SPOILER]