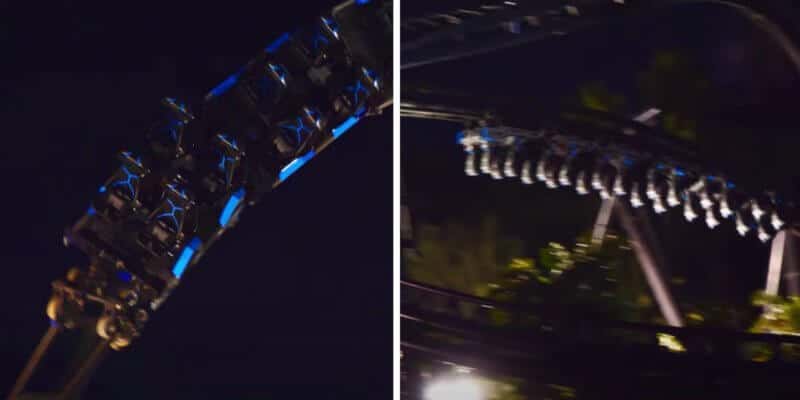 Universal’s VelociCoaster has been undergoing testing, but we now can see a full ride through of the coaster as it passes through spirals and more!

The VelociCoaster is the newest Universal Orlando Resort coaster. It will be finding a home at the Islands of Adventure theme park  and if you have been following along with Inside the Magic since the parks reopened, you know that the coaster is really progressing!

Amusement Insider posted a YouTube video that showcased the VelociCoaster undergoing multiple test runs, but this time we were able to see a full ride through. Previously, the VelociCoaster was seen undergoing testing, but we were only able to see the ride vehicle go over the large drop. This video was also taken during Island of Adventure park hours in the evening, so guests should be on the look out on their next visit to the theme park.

They also took to Twitter to release a short version of their video that has us all already waiting in line to ride this attraction.

Now, we can see not only the drop, but the coaster move through all of the twists and turns, as well as watch it enter the show buildings and tunnels. We are patiently waiting to see what happens in those sections of the ride.

Check out the full run through here!

One of the coolest things we were able to take away from this video is how one of the spirals will take place. If you go to the 4:10 mark in the video, you can see the coaster flips upside down, and the track doesn’t immediately twist back to return riders upright. Rather, the coaster glides upside down for a moment, allowing the rider to ride part of the VelociCoaster fully inverted. The track even flattens and stops the circular curve at this moment in order to do so.

We can also see that the coaster will likely go through the tunnel, but continue behind one of the large show buildings. The video shows the length of the coaster, as we see it continue to move in and out of buildings, rock work, and all of the tracks.

Continue to follow along to ITM to see all the latest VelociCoaster updates until we are able to fully ride the prehistoric Jurassic World attraction in summer 2021!

How cool does this roller coaster look?

Comments Off on VIDEO: Universal’s VelociCoaster Is Now Testing During Park Hours